Soybean futures prices for July have been falling since early March, ever since Mr. Trump announced imminent Section 232 sanctions on steel and aluminum imports. Is the drop coincidental, weather/harvest condition driven, or trade policy driven? 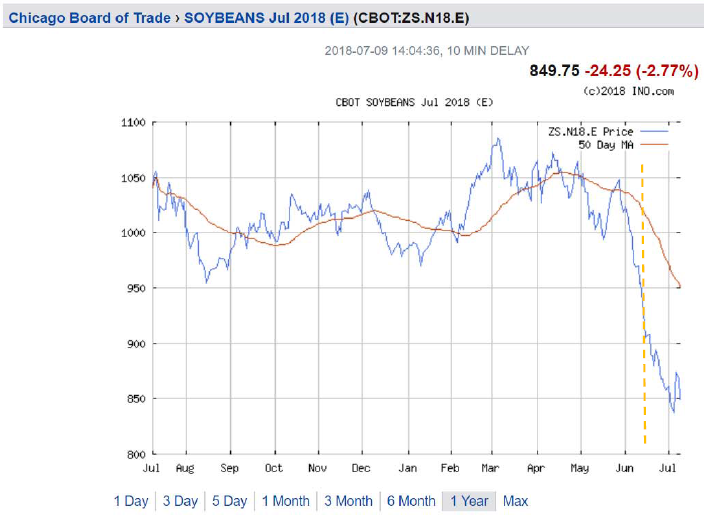 The argument that it’s primarily weather/harvest driven is pushed by some who have pointed to the publication of WASDE on June 12 (orange dashed line); prices did indeed dive afterward. But they were falling before, as well. And they continued long after the publication of the USDA’s World Agricultural Supply and Demand Estimates [WASDE]…

Futures prices fell at the one year horizon. Since soybeans can be stored for some time, it could be argued that the entire curve for futures should have shifted down, even if the weather or tariffs were considered to be temporary. 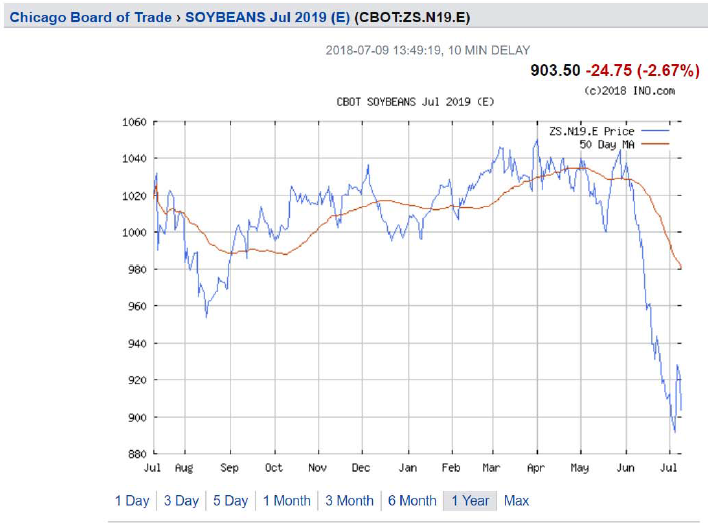 However, futures prices also fell at the two year, and three year horizons, as well. Now, soybeans are semi-storable commodities (although three years seems a little at the outer window for storing soybeans w/o too much loss to spoilage), so we could expect price effects for one or two years. 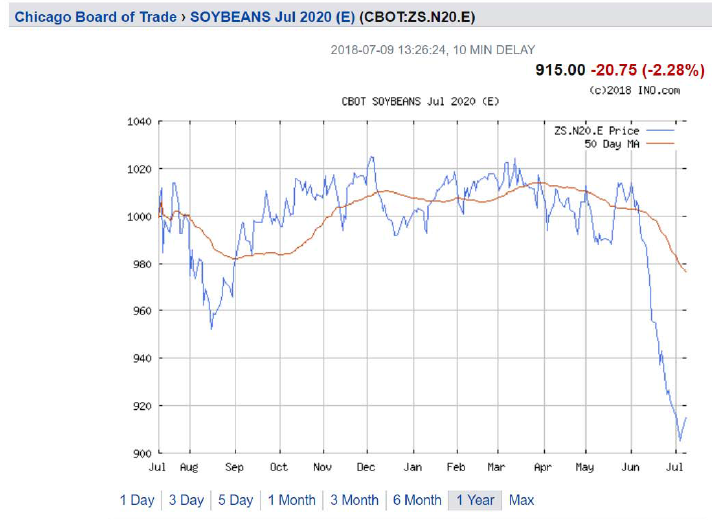 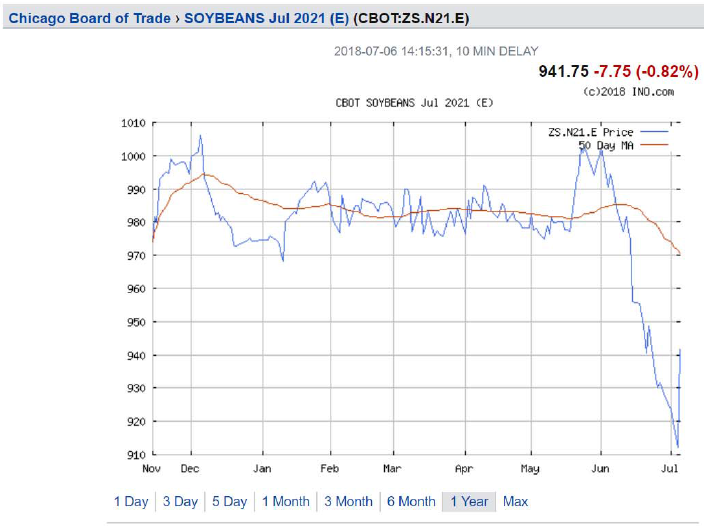 So, to summarize, we see a similar pattern in price drops, not necessarily associated directly with WASDE publication. What else is happenining over this time? Well, we were bombarded with lots of additional news regarding the imposition of tariffs against soybeans.

In addition, we have a near contemporaneous widening of the price differential between US and Brazilian soybean prices, as discussed in this post. Put the price decline over a set of longer time horizons, and a current widening of the US soybean (subject to tariffs)-Brazilian soybean (not subject to tariffs) spread, then the natural conclusion is that most of the price movements in front and back end futures are due to the increasing credibility afforded to scenario involving the imposition of persistent trade tariffs, with potentially long-lived negative impacts.

But of course, we cannot definitively rule out the manipulation by (1) the secret government/deep state, (2) or aliens, or (3) a conspiracy thereof.

33 thoughts on “Notes from the Ag Trade War: Soybean Futures”