Following up on Chinn-LeCloux (2018), here are five aggregates for the Kansas economy. 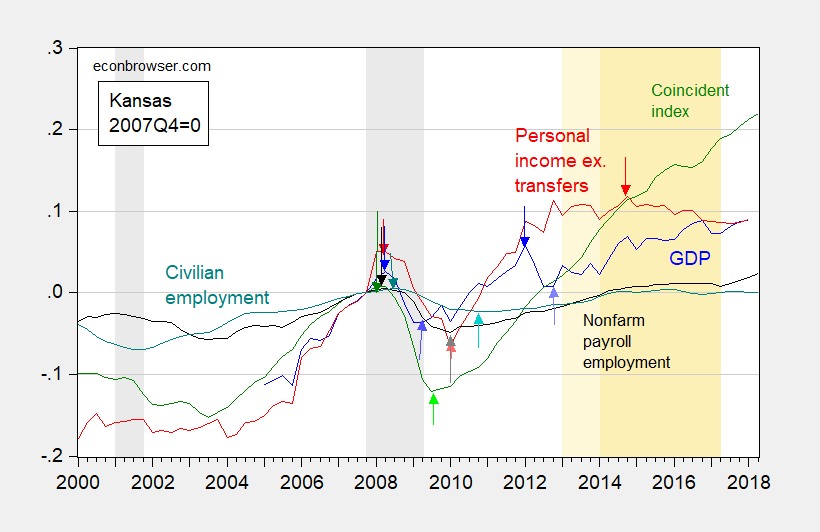 The time series for Kansas evidence a different pattern of behavior than indicated in other state series discussed in Chinn and LeCloux. In particular, using the two-quarter rule of thumb, there were recessions in 2012Q2-Q4, 2013Q2-Q3, 2015Q3-Q4, and 2017Q1-Q2. (One could argue that Kansas was in near continuous recession 2012Q2-2013Q3).

Another interesting development shown in the figure is that GDP and nonfarm payroll employment have rebounded since the tax cut was partly rescinded in June 2017. 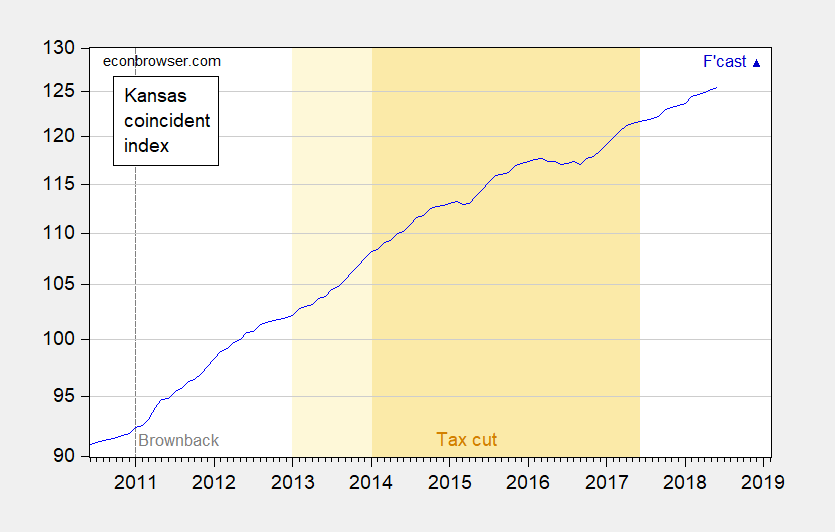 Note that Brown (2017), using the Bry-Boschan algorithm and the indices available at that time, found Kansas to be in recession as of September 2016. This timing derived from the coincident index differs somewhat from that obtained using the other indicators.

9 thoughts on “A Short Macrohistory of Kansas”