Following up on yesterday’s tweets on estimates of excess mortality, official statement on twitter:

“They say all these people died in the storm in Puerto Rico, yet 70% of the power was out before the storm. So when did people start dying? At what point do you recognize that what they are doing is a political agenda couched in the nice language of journalism?” @GeraldoRivera

In addition, estimates based on light generation reported in Shermeyer indicate 27.9-41.0% outage on 9/16. 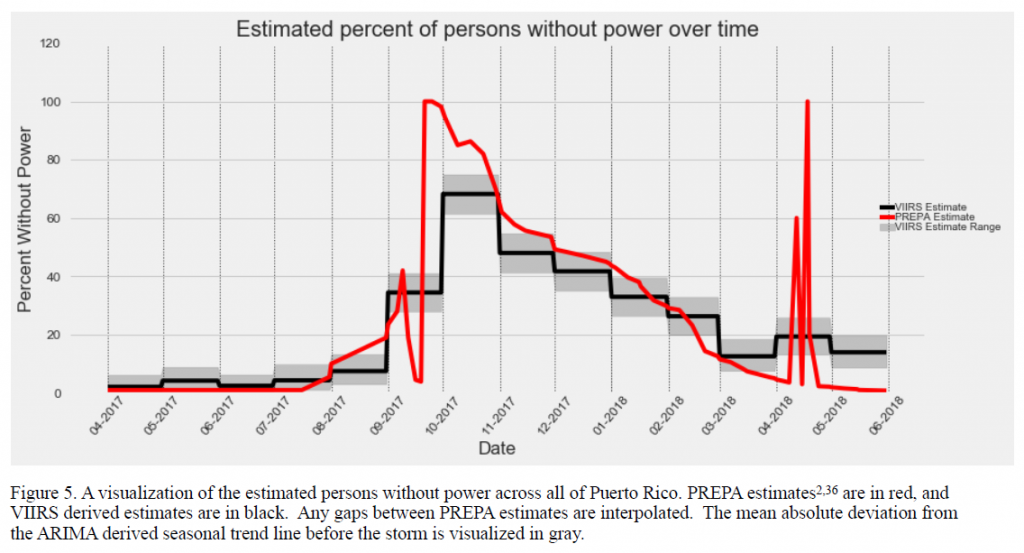 As noted in this post, post-Maria electricity outages correlates very well with estimated excess deaths, I have estimated.

8 thoughts on “Why Is Mr. Trump Saying 70% Power Outage on Eve of Hurricane Maria Strike?”