A sustained wave of globalization has led to deeper ties in the post-World War II period: The decision to terminate the convertibility of the U.S. dollar into gold in 1971 effectively ended Bretton Woods, ushering in a new era of fiat and free-floating currencies. The international monetary system has evolved since—removing the multilateral constraints of Bretton Woods (which fixed exchange rates and distorted the allocation of resources with capital controls). Current account and subsequently capital account liberalization followed, deepening trade relations as moving goods across borders became increasingly cheaper and trade barriers declined (Figure 1). 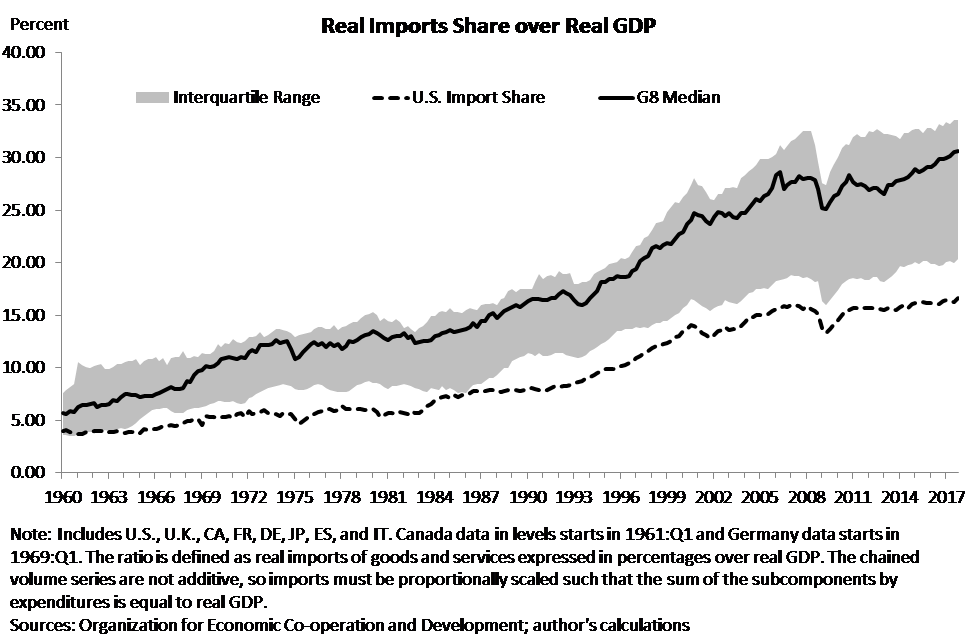 Business cycles across the eight largest advanced economies have notably changed since the 1960s: After the Great Inflation period of the 1970s, major advanced economies (U.S., U.K., Germany, France, Italy, Spain, Japan, and Canada which I collectively refer to as the G8) experienced declining inflation rates and somewhat more robust growth until the mid-2000s. Since the 2008 global recession, these major advanced economies have experienced softer growth and a prolonged episode of low inflation. In Martínez-García (2018), I document a period of declining macro volatility since at least the 1980s (in what became known as the Great Moderation period), followed by increasing and diverging inflation volatility patterns since the mid-1990s (Figure 2.A). The evidence also suggests significant shifts in inflation persistence (Figure 2.B).

The main shifts in business cycles observed across major advanced economies can be summarized as:

A large body of research has tried to identify the role played by different factors—including structural transformation explanations—in changing business cycles: The literature continues to debate whether the observed business cycle changes—the Great Moderation in particular—are the result of “good luck,” improved macroeconomic policies (particularly better monetary policy), changes in the structure of the economy or structural transformation, or some combination of all of them (see, e.g., Clarida et al. (2000), Stock and Watson (2003), Galí and Gambetti (2009), Benati and Surico (2009), among others).

Financial globalization (through deepening domestic and international financial markets, increased international capital flows, financial deregulation, etc.) unfolding since at least the 1970s is one of the structural transformation explanations advocated by Cecchetti et al. (2005) and Dynan et al. (2006), among others. Globalization through trade (increased international trade openness) also features as another prominent structural transformation explanation in the work of Cecchetti et al. (2005)> and Bianchi and Civelli (2015), among others. Martínez-García (2018) continues this line of inquiry specifically looking at the impact of trade linkages on cross-country business cycles.

Consistent with standard theory, there is a robust empirical relationship between conventional measures of trade openness and the evolving business cycles: Arguments based on structural transformation postulate that changes in institutions, new technologies, or even globalization can affect the economy’s ability to absorb shocks and alter the propagation of different shocks over the business cycle. The workhorse open-economy New Keynesian model suggests that those shifts can be partly attributed to (nonlinear) changes in deep structural parameters—and, in particular, to deepening trade integration (an important dimension of globalization)—as shown in Martínez-García and Wynne (2010) and, more recently, in the analytical exploration of that framework found in Martínez-García (2017). 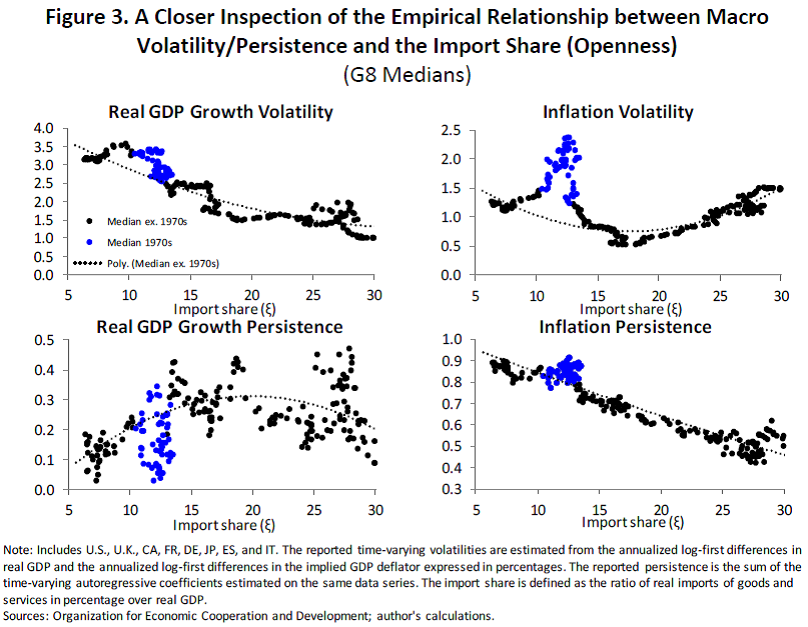 Figure 3. A Closer Inspection of the Empirical Relationship between Macro Volatility/Persistence and the Import Share (Openness)

These findings have implications for our understanding of business cycles and for monetary policy: The ongoing wave of global economic integration is a transformative phenomenon that has shaped the world economy for decades and may continue to do so for many decades to come. Globalization through trade has not negated the central banks’ ability to influence domestic economic conditions and achieve their macroeconomic stabilization goals (a point forcefully argued by Woodford (2010)). However, what theory (Martínez-García (2017)) and evidence (Martínez-García (2018)) suggest is that globalization can impact the economic environment in which policymakers must conduct policy:

Furthermore, according to theory, globalization’s contribution crucially depends on more than the degree of openness of the economy—the always contentious trade elasticity, changes in labor market institutions, the interplay between monetary policy and fiscal policy, etc., must be considered as well. Hence, scholars and policymakers must continue to further our understanding of the effects of globalization in general and on the conduct and international transmission of monetary policy in particular.

2 thoughts on “Guest Contribution: “Modeling Time-Variation Over the Business Cycle (1960-2017): An International Perspective””