Figures released by DWD suggest a slowdown in Wisconsin. 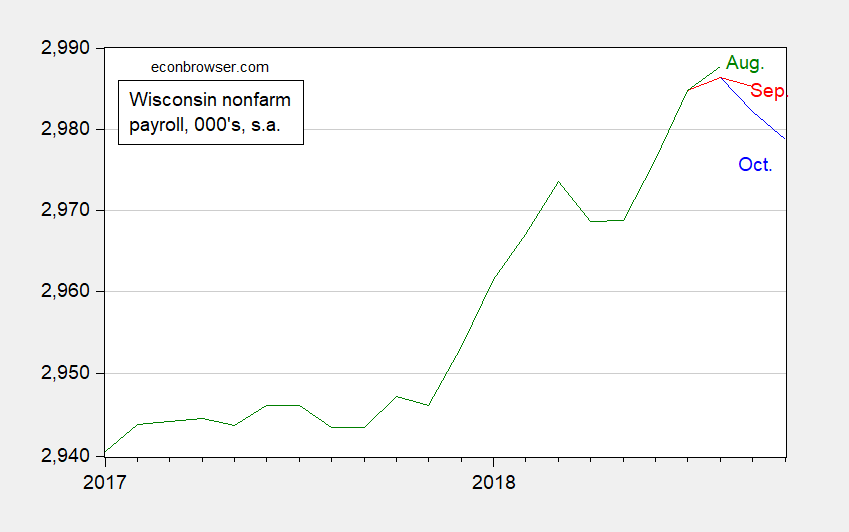 In addition, Minnesota has (again) essentially caught up with Wisconsin in employment. 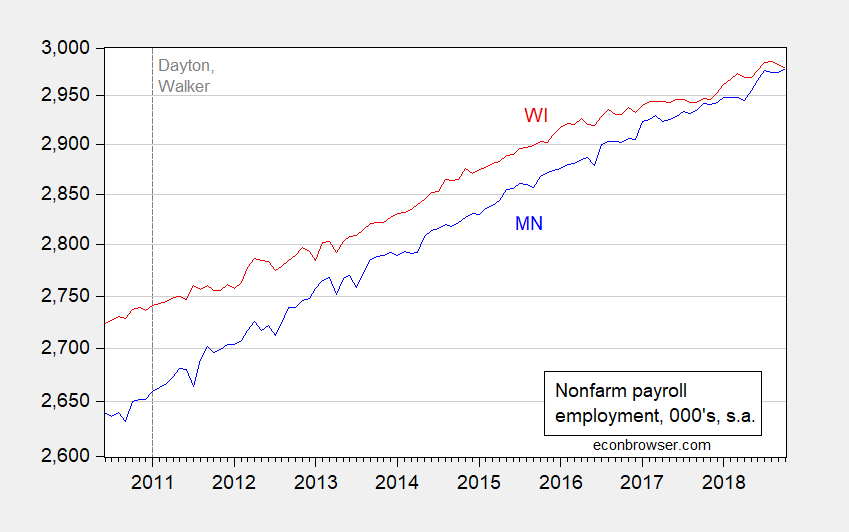