The import quota rents that is. From Brian Riley/NTUF:

In addition to tariffs, some officials in the Trump administration have embraced the use of quotas to restrict imports. As opposed to taxing imports with tariffs, quotas limit the quantity of goods that Americans can import.

Quotas are worse than tariffs

In competitive conditions, any quota can be converted to a tariff and vice versa (when there is no uncertainty). However, if domestic incumbent firms have market power, then quotas are much worse than tariffs. Consider the case of a domestic monopolist, shown in Figure 1 below: 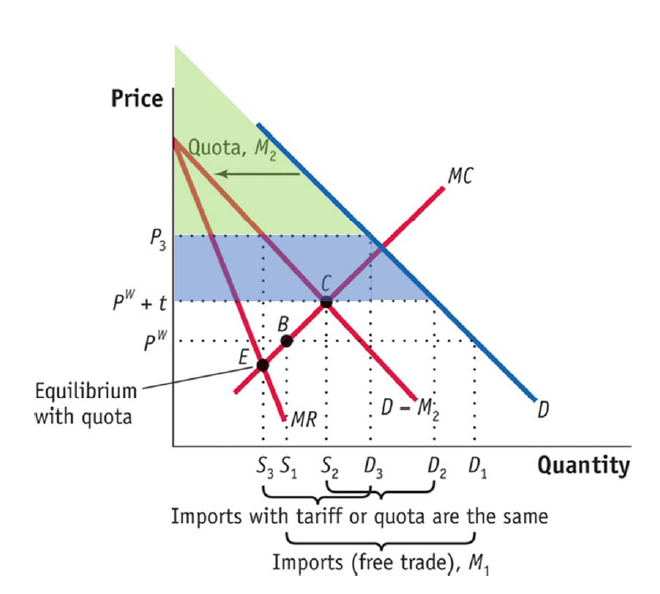 Figure 1: Tariff and quota for small a country, with a home country monopolist. Source: Feenstra & Taylor modified by Chinn.

If a tariff t is imposed when there is a home country monopolist, the allowance for imports erodes the monopolist’s market power. Prices rise from Pw to Pw+t. Then consumer surplus is the blue trapezoid plus the green triangle.

If a quota (which under competitive conditions would equal the amount of imports coming in under the tariff) were imposed, then market power would be preserved, and the firm sets MC equal to MR for demand minus the quota. Prices rise to P3 > Pw+t. The consumer surplus is now reduced to only the green triangle.

Typically, the rents go to whoever has the licenses to import. But the situation today is even worse than that — the foreign exporters are allocated the quotas, so they get the rents. In other words, we ensure that foreigners get the surplus that consumers lose…

Maybe there is some logic to this approach which makes sense for the country. However, I doubt there is. Rather:

According to Christine McDaniel of the Mercatus Center, “So far, the steel quotas have not been administered in a transparent way, which has made it even harder for U.S. manufacturers to access the steel they need for their everyday production processes.”

In other words, this policy framework is the absolute worst of the worst…

PS: In principle, if the US is a large country, it can affect the terms of trade, so that the net effect is a gain in surplus. With monopoly power, the calculus tilts toward a loss. In addition, empirical estimates indicate that consumers are shouldering the burden (see Amiti et al. (2019)).