In every single state in the Great Lakes region, save Michigan, manufacturing employment has either peaked or (charitably) gone on a growth hiatus. 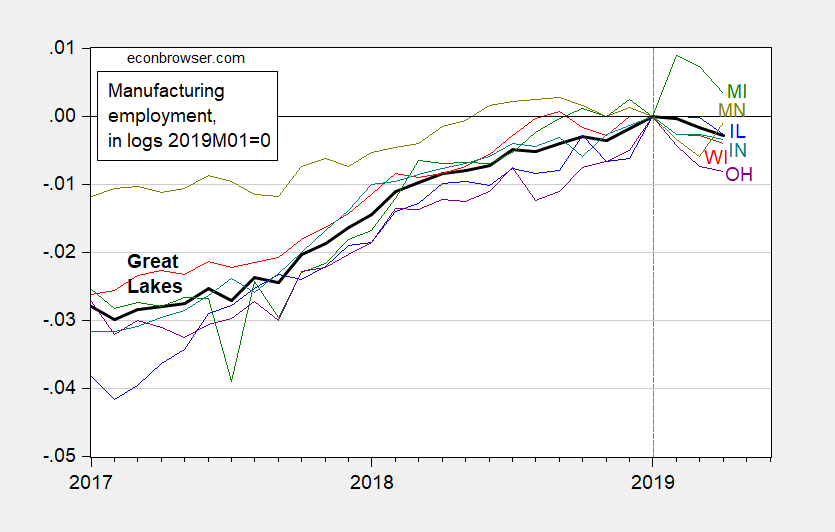 While national manufacturing is still rising (albeit very slowly, essentially flat), it remains less than 0.1% above January levels. And manufacturing employment continues to grow in California (interestingly, a state — California —  by the metrics of the Arthur Laffer-Stephen Moore-John Williams – ALEC economic outlook ranking should be doing very badly is still growing). 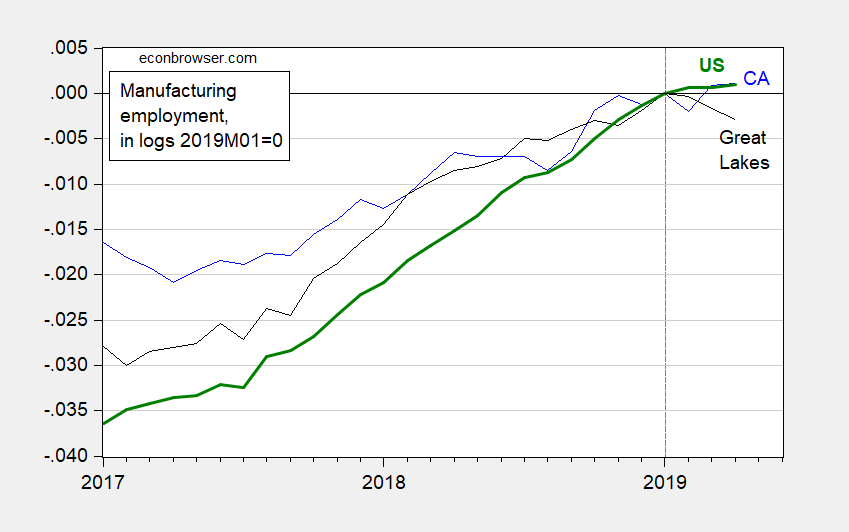 53 thoughts on “Yet More Scary Graphs of Manufacturing: Midwest Edition”