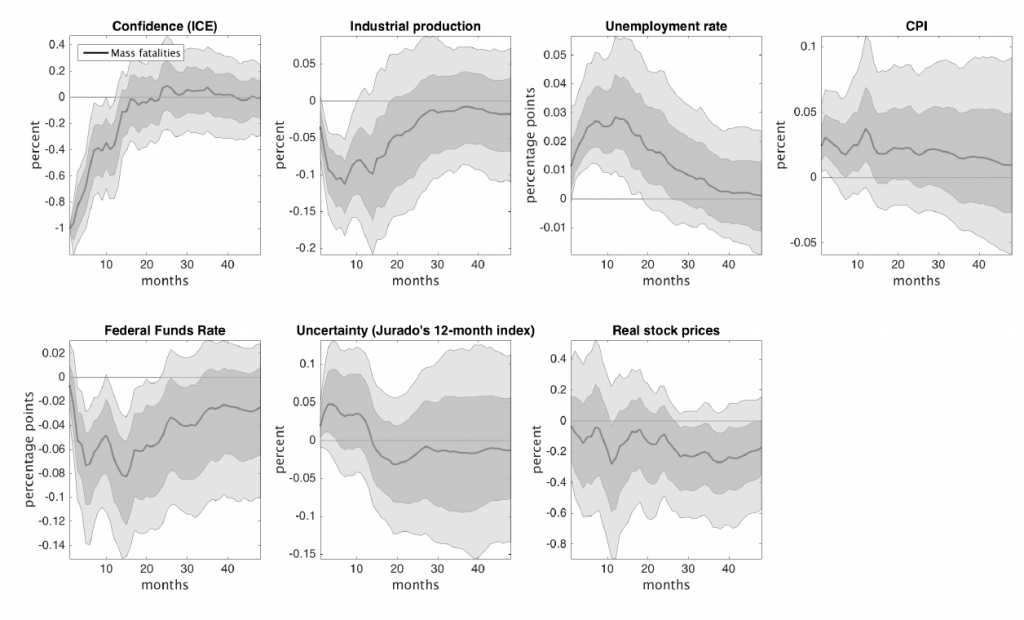 Banque de France and Aix Marseille School of Economics (AMSE) organized their 3rd research workshop on International Macroeconomics on July 5, 2019 in Marseille (France). The goal of the workshop, at its third year, is to create a forum of discussion on the international effects of economic policies across countries starting from both theoretical and empirical contributions. Researchers presented and discussed papers investigating international aspects of monetary, fiscal and other types of economic policies currently implemented or actively discussed in the policy debate.

Ugo Panizza (Graduate Institute of International and Development Studies) presented “Corporate foreign bond issuance and interfirm loans in China”, joint with Yi Huang and Richard Portes on corporate foreign bond issuance and interfirm loans in China. This paper uses firm-level data to document and analyze international bond issuance by Chinese non-financial corporations and the use of the proceeds of issuance. They find that dollar issuance is positively correlated with the differential between domestic and foreign interest rates. This interest rate differential increases the likelihood of dollar bond issuance by risky firms and decreases the likelihood of dollar bond issuance of exporters and profitable firms. Moreover, and most strikingly, risky firms do more inter-firm lending than non-risky firms and this lending rose significantly after the regulatory shock of 2008-09, when the authorities sought to restrict the financial activities of risky firms. Those firms try to boost profitability by engaging in speculative activities that mimic the behavior of financial institutions while escaping prudential regulation that limits risk-taking by financial firms. The discussion was carried out by Evgenia Passari (University Paris Dauphine).

Chiara Scotti (Fed Board) presented “International Capital Flows and Unconventional Monetary Policy”, joint with N. Converse, S. Curcuru and A. Rosenblum. They empirically investigate how unconventional monetary policies carried out by the four main central banks (Fed, Bank of England, ECB and Bank of Japan) affect international capital flows. Identification of shocks is done by looking at intra-day data. Effects on capital flows are estimated using a carefully constructed data set of daily net flows and total assets of 6 mutual fund types. There is no strong consensus in the literature about the effects of unconventional monetary policies as the effects go through three various channels: portfolio rebalancing, signaling effects and confidence effects. Results tend to show empirical evidence of monetary policy relevance for portfolio flows for both equity and debt among advanced economies. What is less standard is that they show that Fed monetary policy shocks do not lead to reallocation towards emerging markets. The paper was discussed by Urszula Szczerbowicz (Banque de France).

Daniele Siena (Banque de France) presented “Questioning the puzzle: fiscal policy, real exchange rate and inflation”, joint with Laurent Ferrara, Luca Metelli and Filippo Natoli. This paper shows that the empirical puzzle that a fiscal boost is deflationary and does not lead to an exchange rate appreciation lies all in the identification of fiscal shocks. The puzzle disappears when narrative shocks (military spending or defense investment) are included in a proxy-SVAR as instruments for current government spending. Additionally, they show that a standard theoretical model is in line to the empirical evidence on a wide set of variables, including consumption and the trade balance.  Alexander Kriwoluzky (DIW) led the discussion of the paper.

Morten Ravn (University College London) presented a paper entitled “Sentimental business cycles”, joint with Andresa Lagerborg and Evi Pappa. This paper focuses on the contribution of non-fundamental demand shocks to business cycles and on how to estimate causal effects.  The authors estimate the dynamic causal effect of sentiment shocks combining Instrumental Variables (fatalities in mass shooting in the US) and Structural VAR models. They then build a theoretical New Keynesian model with heterogeneous agents and search and matching, consistent with the empirical evidence.  Results show that a drop in non-fundamental demand shock leads to negative effect on output but no impact on stock prices. Confidence mainly matters for the labor market. Ethan Ilzetzki (LSE) discussed the paper.

Ivan Jaccard (ECB) presented a joint paper with Frank Smets entitled “Structural Asymmetries and Financial Imbalances in the Eurozone”. The paper starts by showing that net capital inflows are procyclical in the South of the Eurozone and countercyclical in the North. The authors study the dynamics of capital flows between the North and South of Europe in a two-country DSGE model with incomplete international asset markets. They show that the direction of capital flows between the two regions can be explained by propagation of a common shocks in asymmetric ways on debtor and creditor economies. This is consistent with consumption being more volatile in the South than in the North and with higher welfare cost of business cycle fluctuations in the region that experiences procyclical net capital inflows.

Gernot Müller (University of Tübingen) presented “Exchange rate undershooting: theory and evidence”, joint with M. Wolf and T. Hettig, on exchange rate reaction after a monetary policy shock. They run local projections to estimate the effect of US monetary policy shocks on the dollar and find that monetary contractions appreciate the dollar. They establish two results. First, the spot exchange rate undershoots: the appreciation is smaller on impact than in the longer run. Second, forward exchange rates also appreciate on impact, but their response is flat across tenors. Finally, they develop and estimate a New Keynesian model with information frictions. In the model, investors do not observe the natural rate of interest directly. As a result, they learn only over time whether an interest rate surprise represents a monetary contraction. The model accurately predicts the joint dynamics of spot and forward exchange rates following a monetary contraction. The discussion was carried out by Francesco Pappadà (Banque de France)

Nitya Pandalai-Nayar (UT Austin) presented “The Global Business Cycle: Measurement and Transmission”, joint with Zhen Huo and Andrei Levchenko. This paper uses sector-level data for 30 countries and up to 28 years to provide a quantitative account of the sources of international GDP comovement. They propose an accounting framework to decompose comovement into the components due to correlated shocks and to the cross-country transmission of shocks, and apply this decomposition in a multi-country multi-sector DSGE model. They provide an analytical solution to the global influence matrix that characterizes every country’s general equilibrium GDP elasticities with respect to shocks anywhere in the world and then provide novel estimates of country-sector-level technology and non-technology shocks to assess their correlation and quantify their contribution to comovement. TFP shocks are virtually uncorrelated across countries, whereas non-technology shocks are positively correlated. These positively correlated shocks account for two thirds of the observed GDP comovement, with international transmission through trade accounting for the remaining one third. However, trade opening does not necessarily increase GDP correlations relative to autarky, because the contribution of trade openness to comovement depends on whether sectors with more or less correlated shocks grow in influence as countries increase input linkages. Finally, while the dynamic model features rich intertemporal propagation, quantitatively these components contribute little to GDP comovement as impact effects dominate. Julia Schmidt (Banque de France) led the discussion.