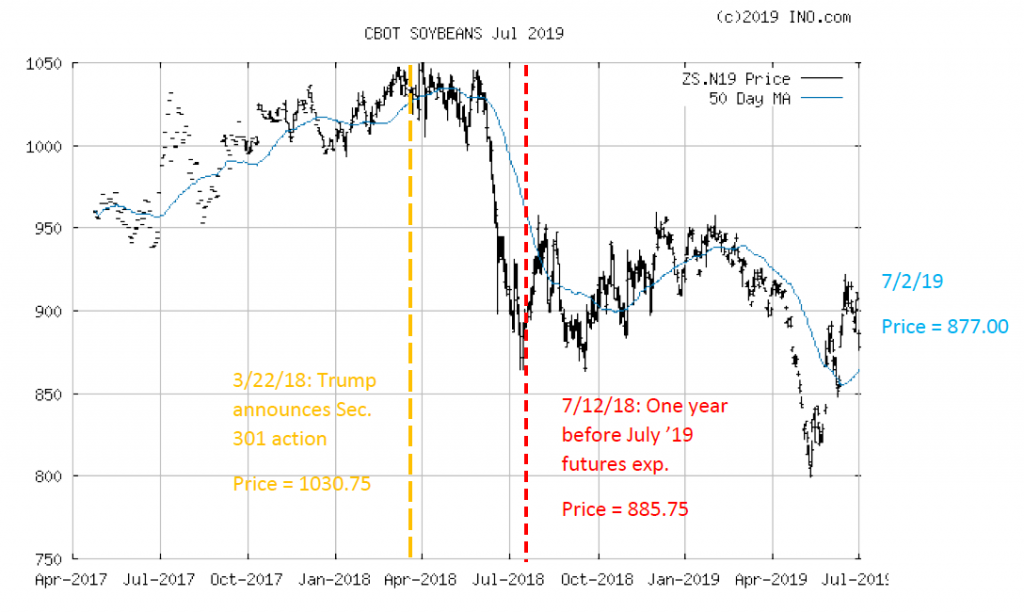 In other words, despite the Trump-Xi trade truce, soybean prices remain mired at where they were nearly a year ago (which is why I think Brad Setsers’ “standstill” better describes the outcome).