At the NBER IFM Summer Institute session on exchange rates yesterday, the debate over the use of survey data rekindled. In Exchange Rate and Interest Rate Disconnect, Şebnem Kalemli-Özcan and Liliana Varela used survey data on exchange rate depreciation. The discussant Adrian Verdelhan (MIT) and audience members questioned whether such data actually measured what we thought they measured market expectations.

I was somewhat surprised at this debate. Thirty years ago, the rational expectations hypothesis dominated. Now, survey data on inflation expectations is regularly cited, and used in academic studies. Market practitioners look at confidence indicators as means of tracking economic activity. A few months ago, the NBER Reporter had an article entitled “The Return of Survey Expectations”.

One particularly common refrain is that in forex, the survey respondents either just use interest rate parity, or are so poorly informed that they use a random walk forecast. In my survey of forex traders, Yin-Wong Cheung and I asked how traders formed their expectations. At horizons of up to six months, a variety of “models” or “dynamics” were used (economic fundamentals is roughly interest rates). 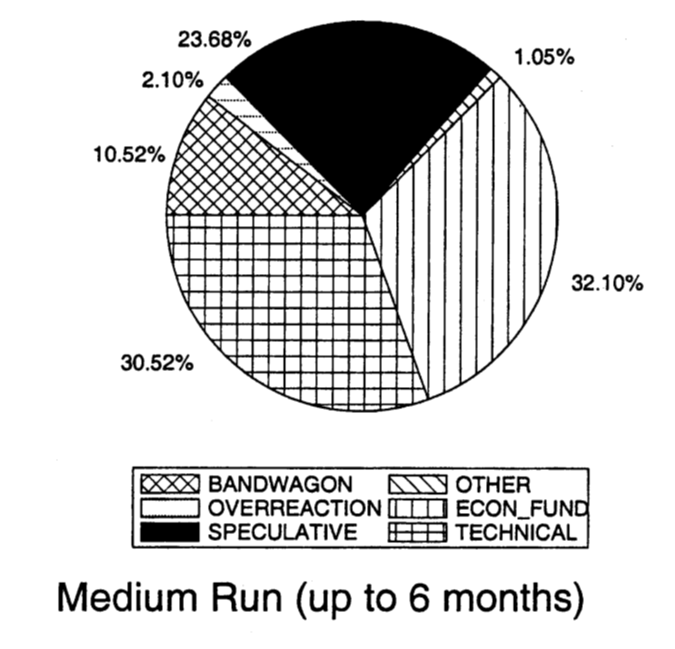 At over six months, interest rates and other economic fundamentals dominate, while at short run other dynamics dominate. 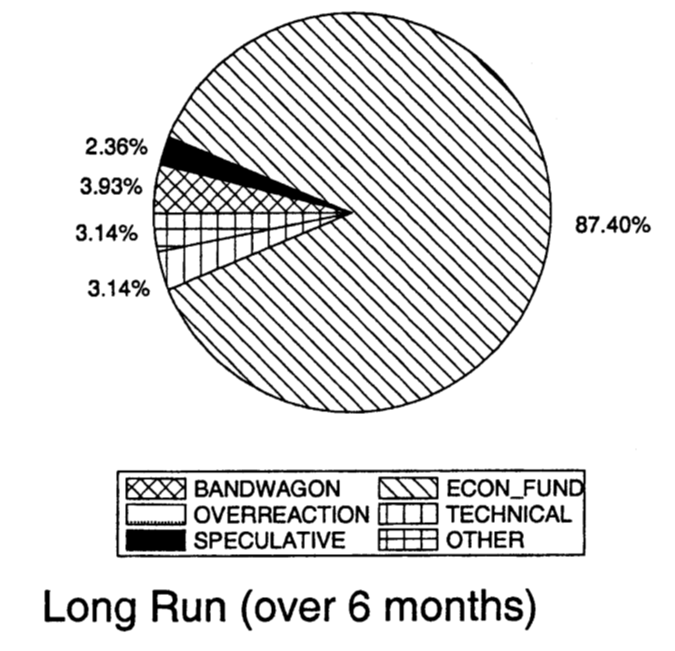 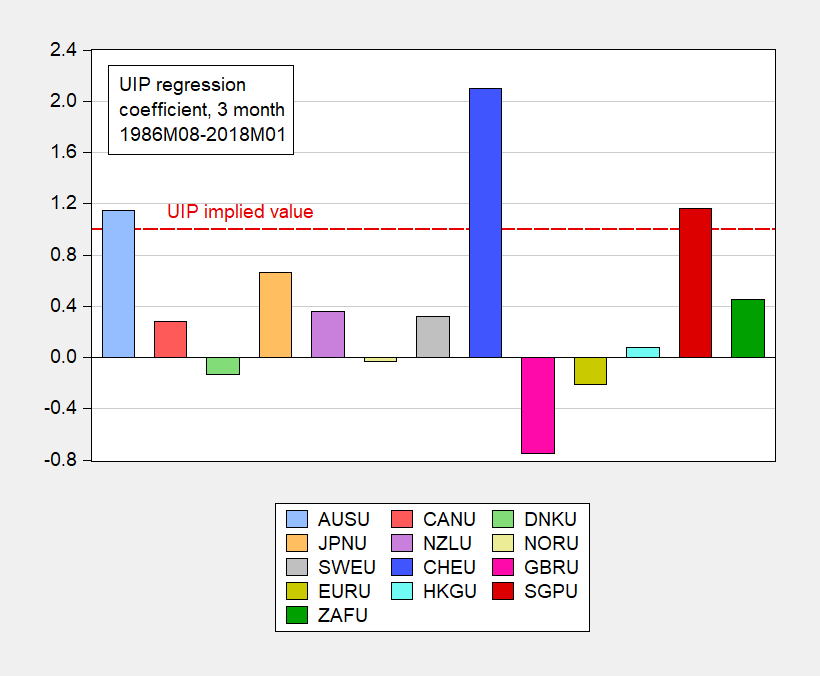 These estimates are obviously different from the value of unity, and significantly so in the cases of Norway, Britain, Hong Kong currencies (against the dollar).

Finally, as pointed out in Jeff Frankel’s comments during the session, even if survey data are imperfect, we have even more information that the rational expectations hypothesis (forecast errors are true innovations) is also imperfect, imparting a lot of noise in our estimates of expectations.

As an example, consider these two measures of the exchange risk premium for the euro. 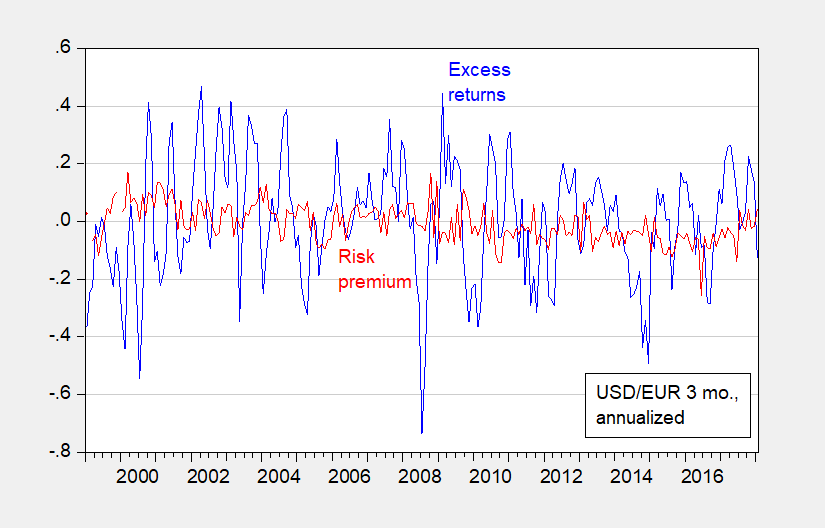 If you thought risk premia were persistent and time varying, I think you’d consider the survey based version more convincing than the ratex-version…