Still rising, so likely no recession as of June 2019. 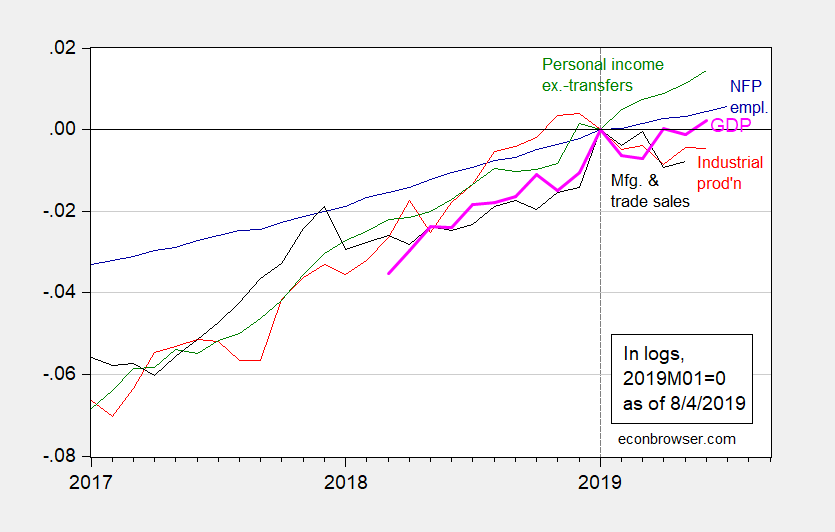 On the other hand, we need to think about how much punishment the manufacturing sector can take without spillover to the rest of the economy. Employment is resilient, but hours and production indices have dropped, with little evidence of recovery in the former. 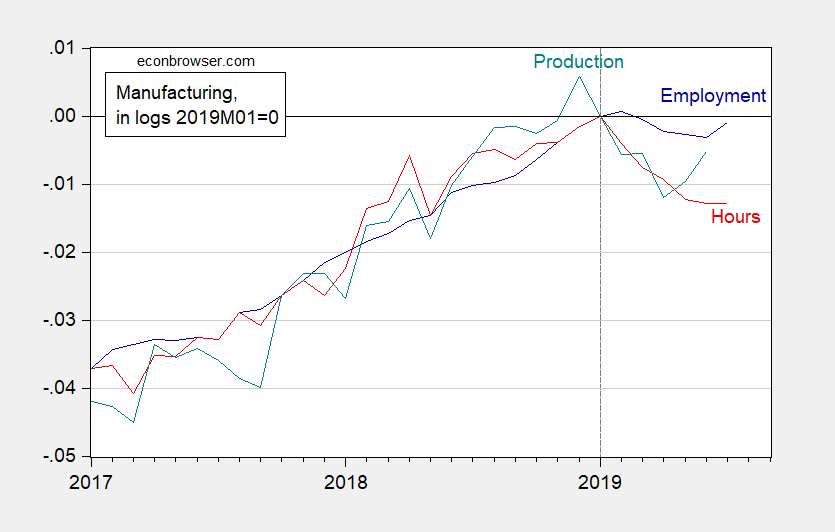 When one considers the backdrop to world wide trade, and the tradables sector, it’s pretty worrisome. We have slowing world trade growth, we have an incipient currency war between the US and China, and the possibility of a major conflict in a US Section 232 action on automobiles, centered on Europe. And with no clear end-date to the resolution of these issues, we can assume trade policy (and economic) uncertainty will continue to hover over every decision.