I wanted to go to this Society of Government Economists (SGE) event, with Prof. Tara Sinclair (GWU) and Chad Stone (CPBB), but I’m in the Midwest… Fortunately, they shared their thoughts with me.

On point 3, Sinclair notes that the next recession, whenever it comes (and we’re unlikely to see its onset) is potentially going to be a self-inflicted wound: 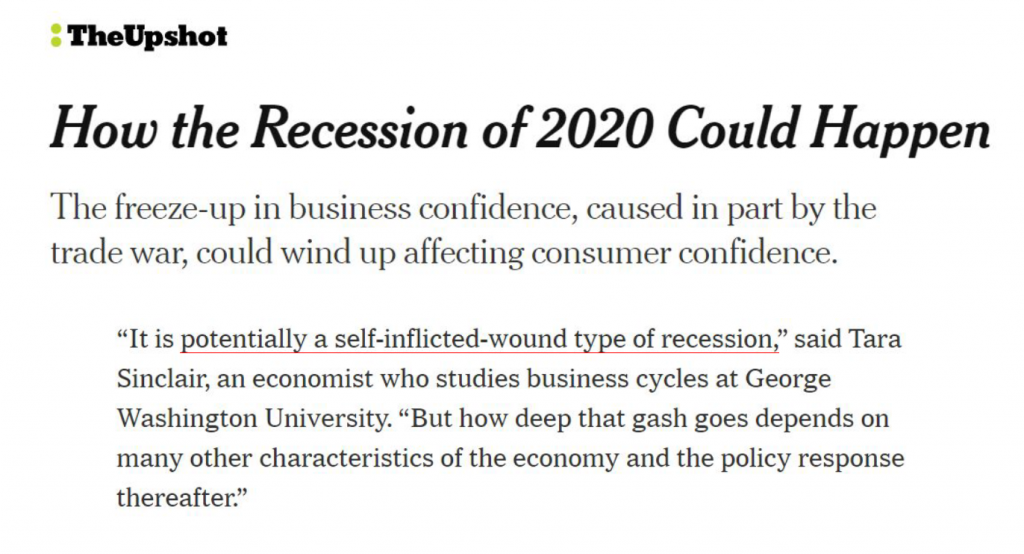 Dr. Chad Stone discussed how the onset of recessions — and hence the time for action — is typically signalled by a rise in the unemployment rate (as shown in the CBPP post-Great Recession chartbook). In anticipation of the recession, however, it makes sense to put into place automatic stabilizers, as proposed by the Hamilton Project in their recent paper. That’s in part because it’s unlikely discretionary fiscal policy can be implemented with sufficient rapidity if the recession is of short to moderate duration.

Unfortunately, the policy thrust of the current administration is exactly in the opposite direction — for instance cutting, rather than enhancing, SNAP.

Here’s my assessment of the likelihood of recession, based on the yield curve: 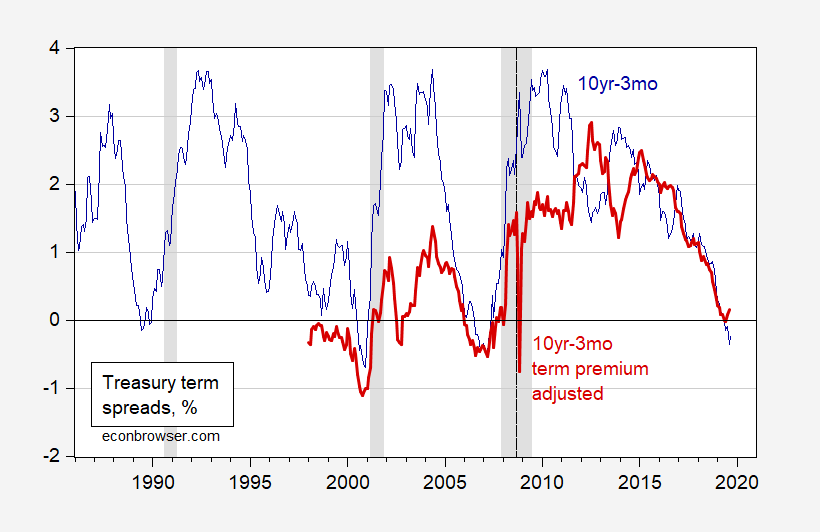 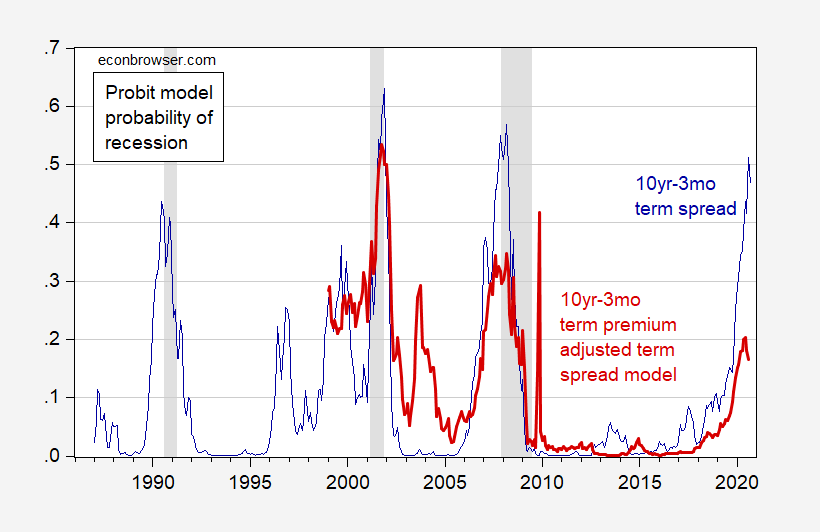