Since the beginning of 2018, the United States has undertaken unprecedented tariff increases, with one goal of these actions being to boost the manufacturing sector. In this paper, we estimate the effect of the tariffs—including retaliatory tariffs by U.S. trading partners—on manufacturing employment, output, and producer prices. A key feature of our analysis is accounting for the multiple ways that tariffs might affect the manufacturing sector, including providing protection for domestic industries, raising costs for imported inputs, and harming competitiveness in overseas markets due to retaliatory tariffs. We find that U.S. manufacturing industries more exposed to tariff increases experience relative reductions in employment as a positive effect from import protection is offset by larger negative effects from rising input costs and retaliatory tariffs. Higher tariffs are also associated with relative increases in producer prices via rising input costs.

How about what countries are gaining as a consequence of US tariffs? From Nicita (2019):

Lot’s more out there. One thing to remember: As Chad Bown says, “Phase One China Deal: Steep Tariffs Are the New Normal”. 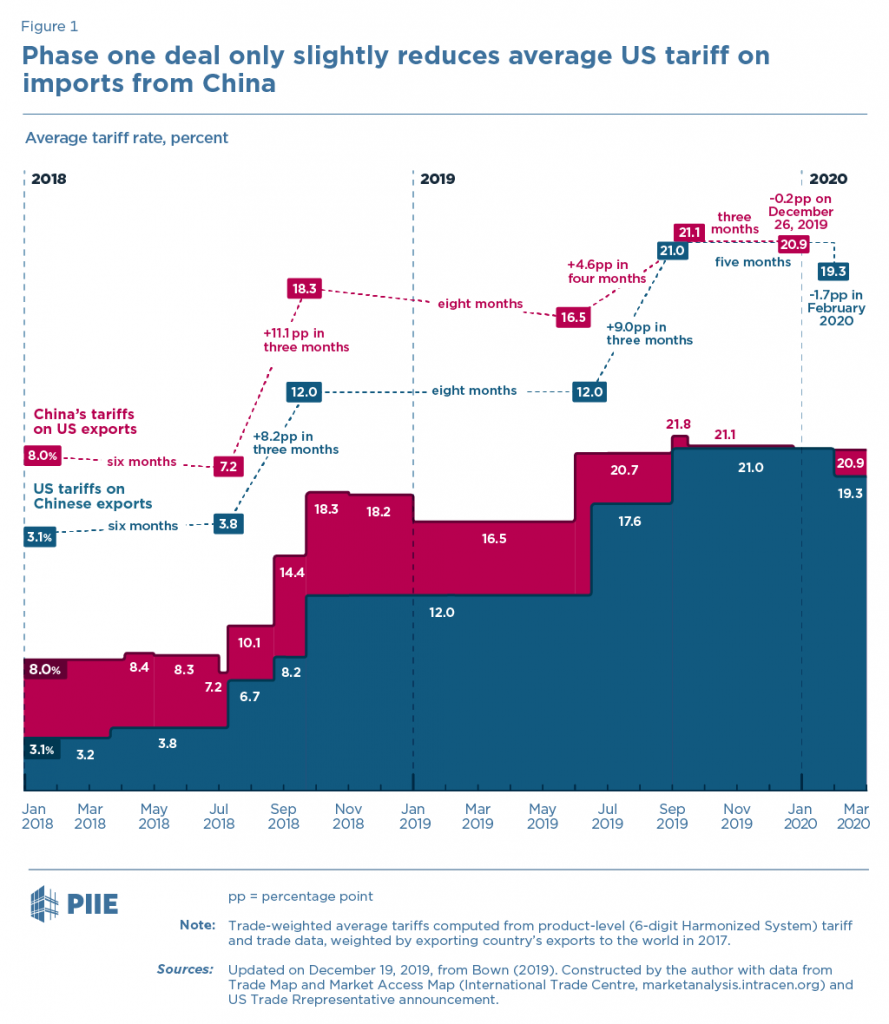 8 thoughts on “Dispatches from the Trade Wars”