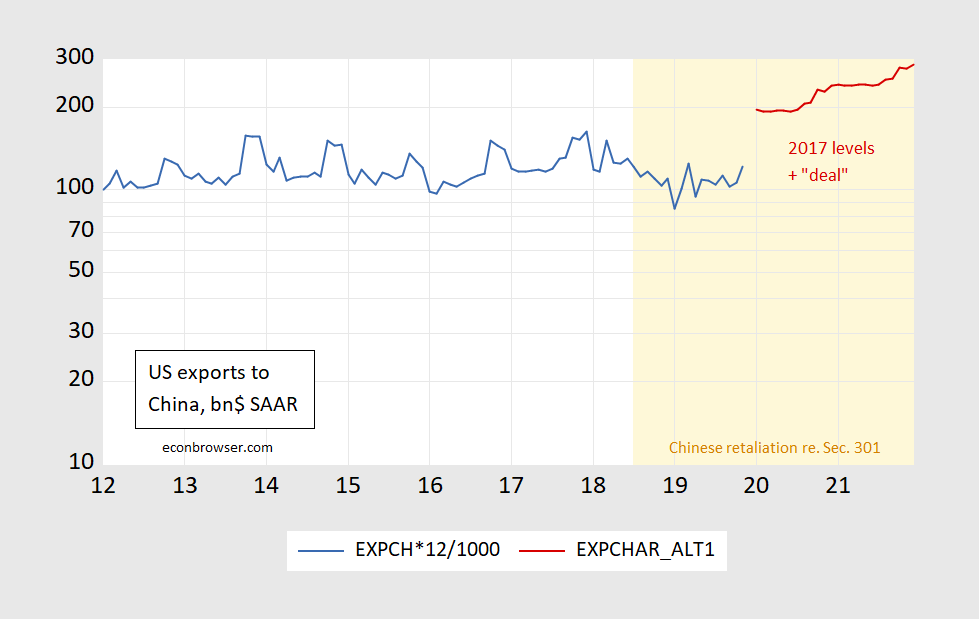 Figure 1: US exports to China, bn$ at annual rate (blue), and implied exports to China above 2017 levels, all on log scales. Source: BEA/Census via FRED, USTR, and author’s calculations. [Corrected 1/17, 1:20PM Pacific]

It’s hard to see what’s going on, so I do an ad hoc seasonal adjustment using Census X-11 (probably could do better with accounting for shifting Lunar New Year).  This is shown below. 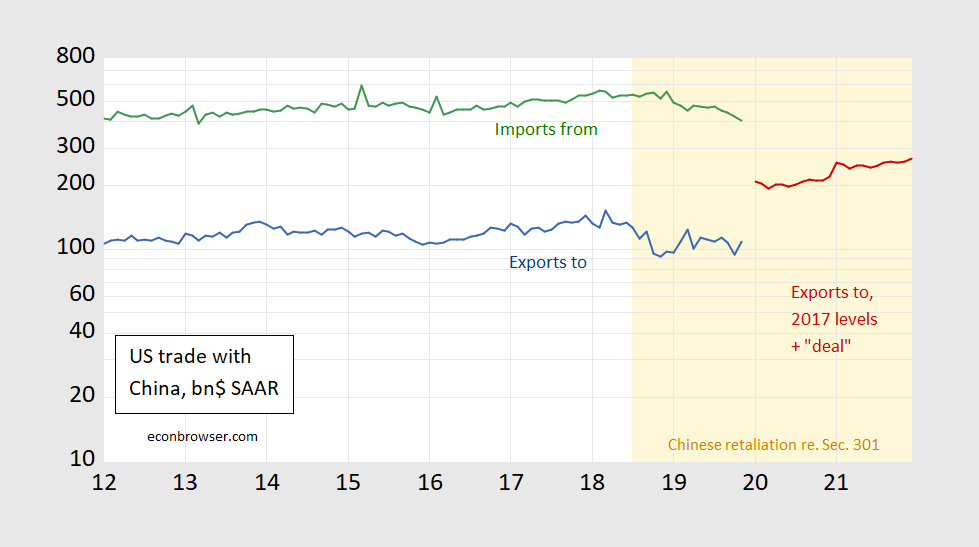 Can you tell what’s changed? It’s all lost in the noise, at least for me. The implied change in the bilateral balance is noticeable [MDC 1/17 3:23PM] Note that China might have raised imports from the US even in the absence of the deal, given shocks in China (African Swine Fever, etc.).

More comprehensive analyses, first from Eswar Prasad (formerly at the China desk at the IMF). While hailing progress on some issues pertaining to intellectual property and technology transfer (commitments at least), he writes:

As part of the deal, China has agreed to increase its purchases of products from the United States. This is largely a symbolic issue meant to mollify President Trump, since this will not, by itself, affect the United States trade deficit with China in a durable way. Such deficits are more of a reflection of other policies that influence a country’s consumption and output.

What of the key issue of industrial subsidies and Made in China 2025:

The United States has deferred its more substantive demands to the next phase of trade talks. These include China’s corporate subsidies, which give its companies a leg up on foreign competition, the dominance of state-owned enterprises in its economy, as well as a mechanism to review China’s progress on meeting its commitments on these issues.

Brad Setser is also more upbeat than me on the trade issue more narrowly.

No matter what measure you use, China’s imports from the US had stalled after 2012 (well before Trump’s trade war). And if China delivers its commitments, there would be a meaningful increase in US exports to China (tho not necessarily US exports to the world).

8 thoughts on “The “Deal”: Much Ado About Nothing”