The economy is collapsing. That’s not news. What is interesting is that nonresidential fixed investment has been falling since 2019Q1. 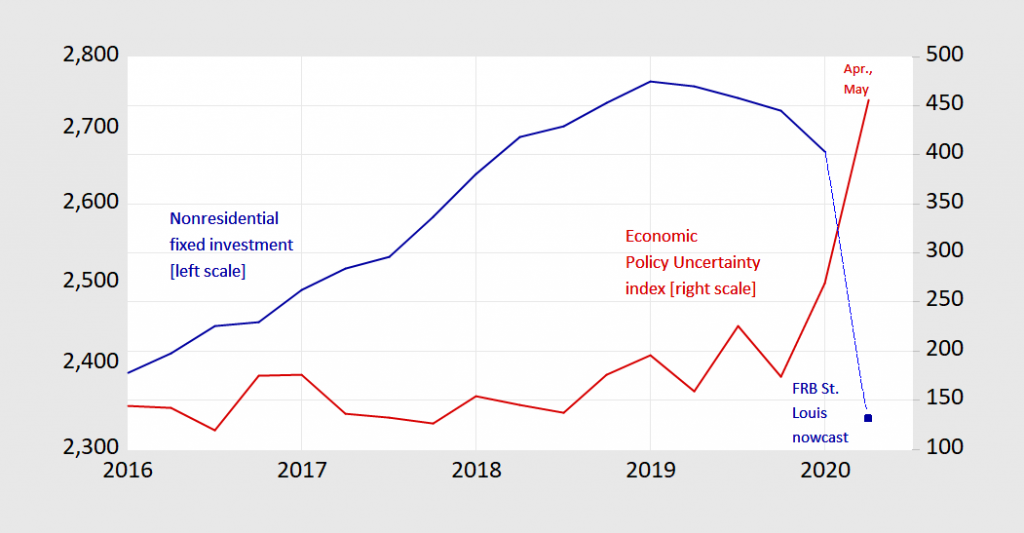 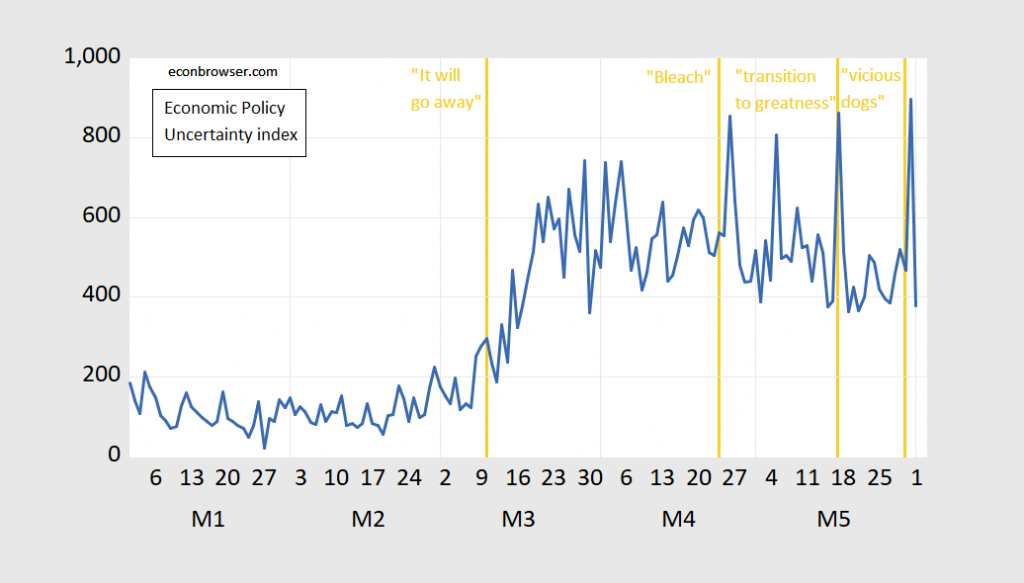 Will policy uncertainty be a sufficient drag to make the recovery a determined “L”? One thing to remember: while services and nondurables consumption is about 3 times as large as nonresidential investment and durables consumption, the standard deviation of changes are respectively $80 billion (SAAR) and $47 billion (2016-2020).

If Republicans continue to obstruct transfers to the states, it is hard to see what supports sustained recovery.