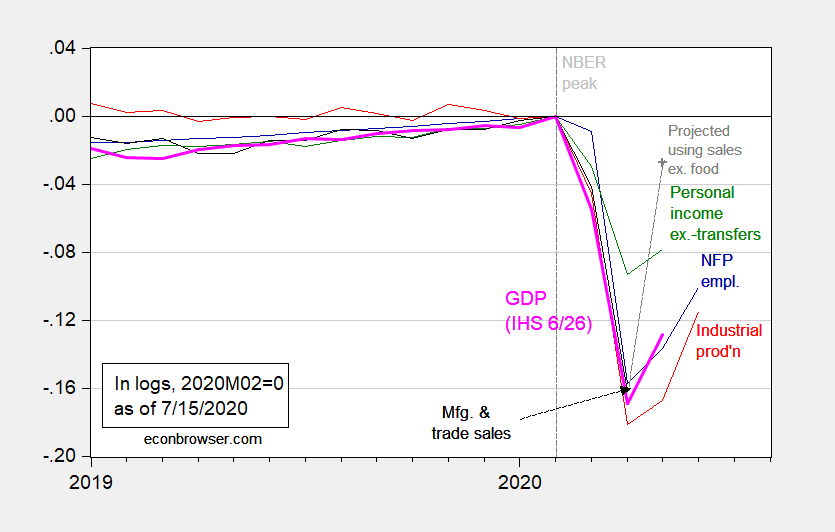 If one were convinced that these indicators (along with many others) were going to continue to trend upwards, one could imagine a recession declared as starting in 2020M02 (NBER peak) and ending in 2020M04 (trough). However, if there were to be a relapse in some of the indicators in July-August (see discussion here), one could imagine a longer contraction eventually being declared (some accounts say there’s an increasing view in the Fed along these lines).