It was surprising to me to see a Wisconsin farmer singing the praises of Mr. Trump’s policies. From WPR:

Another Wisconsin speaker in Tuesday’s event, Cris Peterson, is a dairy farmer from Grantsburg and a member of the University of Wisconsin’s Board of Regents. She praised Trump’s trade policy and said her farm and others have seen conditions improve after a period of sustained low milk prices that drove hundreds out of business.

Why am I skeptical? From Feedstuffs:

The Midwest, Northwest and Southeast were hardest hit, representing 80% of the filings across the U.S. More than 50% of the Chapter 12 filings were in the 13-state Midwest region, coming in at nearly 300 filings, a 23% increase. Wisconsin led the nation with 69 filings, followed by 38 in Nebraska. Georgia and Minnesota each had 36 filings. 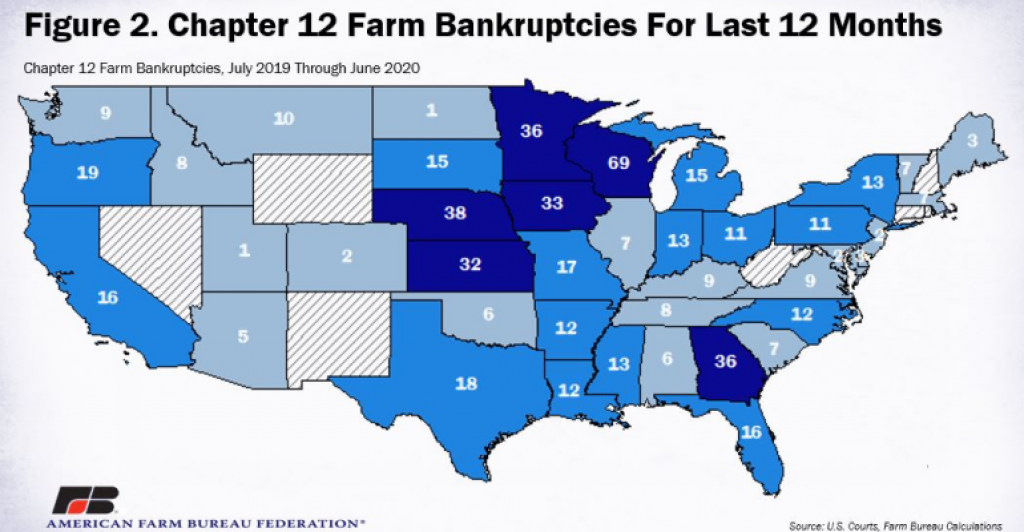 Part of the hike may be because of government payments, which USDA says are at a record.

The forecast of $37.2 billion for 2020 is a $14.7 billion increase in government payments. The full Coronavirus Food Assistance Program (CFAP) amount of $16 billion and nearly $6 billion in the Paycheck Protection Program (PPP) loans are included as well.

53 thoughts on “How Great Are Things for Wisconsin’s Farmers?”