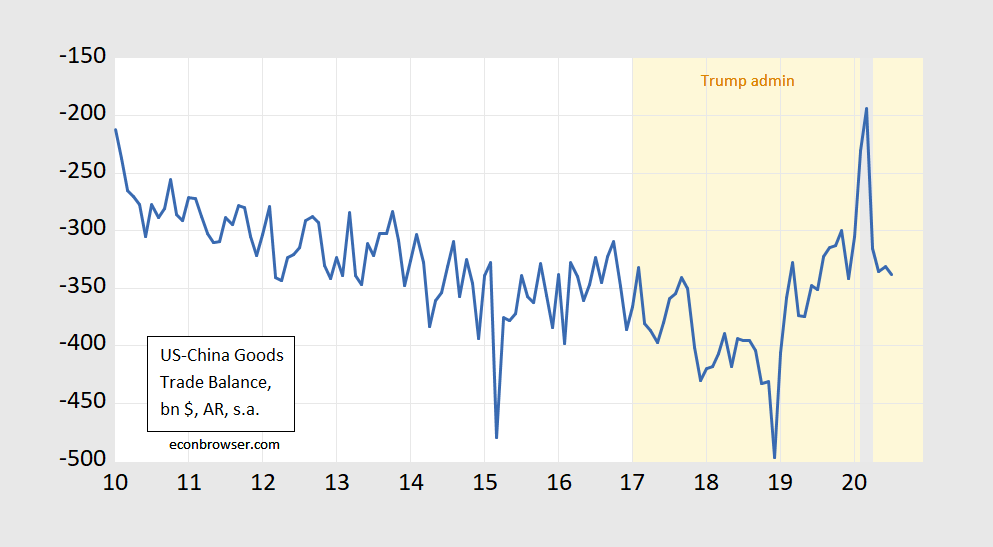 For those who expected Trump’s Phase 1 deal to herald a new era of exports, well see Chad Bown’s tabulation. It’s surprising only in that it failed even more pathetically than I expected.

31 thoughts on “The July Trade Release”