With the release of personal income and sales figures today, we see the continued deceleration in economic activity continues, according to some key indicators noted by the NBER’s Business Cycle Dating Committee (BCDC). 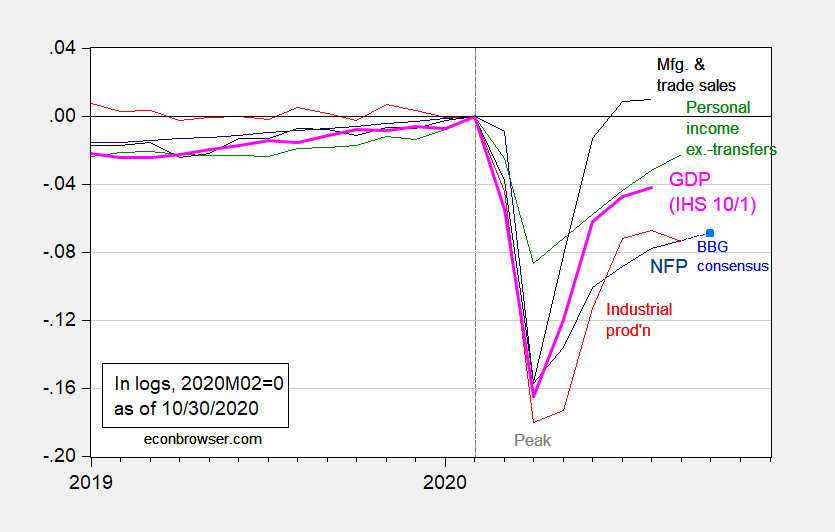 Manufacturing and trade industry sales were essentially flat in August, while personal income ex.-transfers rose. That being said, real disposable personal income is down 8.7% relative to 2020M04 peak. Employment is slated to further decelerate, with the Bloomberg consensus increase at 600K, down from 850K two weeks ago.

A lot of the dynamics at the monthly frequency are obscured at the quarterly, which was discussed by Jim yesterday in “Record breaking in GDP”. For instance the partial snapback in Q3 is probably dissipated at M05. Hence, it might be of interest to consider how monthly GDP moves relative to quarterly explicitly. Unfortunately, IHS- Markit hasn’t released its September figure. I use reported July and August figures and actual BEA advance Q3 to infer the September value. 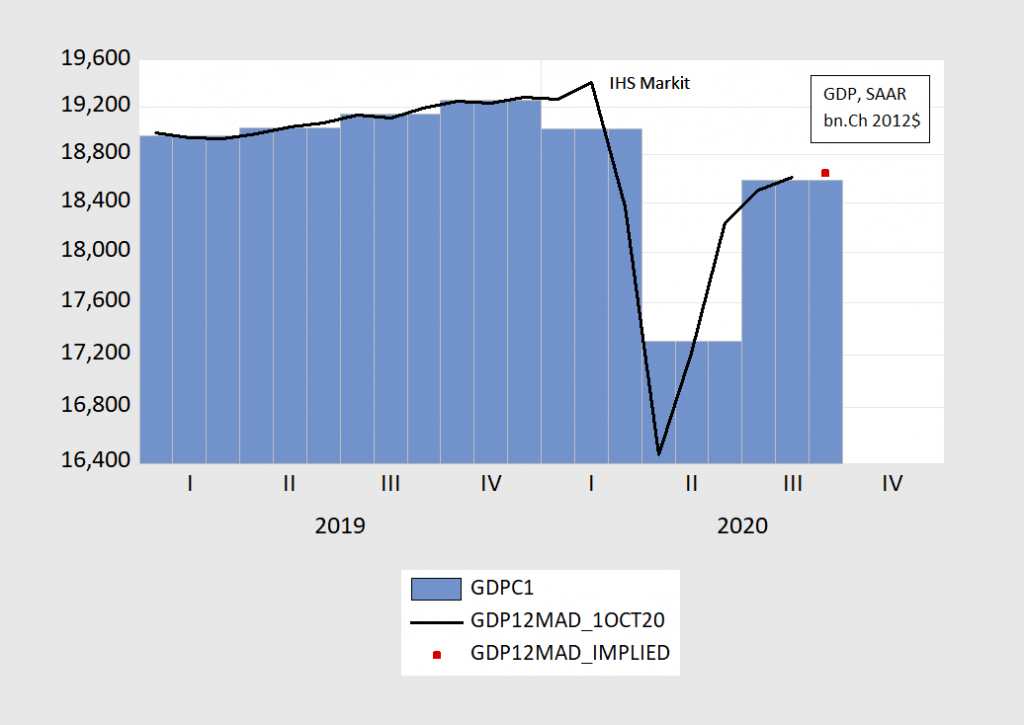 Monthly GDP decelerates from 19% to 7% in July and August to (implied) 2% (SAAR) in September.

All this reinforces my view that — with no fiscal recovery package in sight and Covid-19 infections/hospitalizations surging — we are in for continued deceleration. The V ends here…unless and until a new competent administration is installed.