Revising notes on recession prediction for my course, I find the 10yr-3mo spread has preceded 7 of the last 8 recessions (8 if the 14 bps near inversion of mid-1989). And back in June 2019, recession seemed not unlikely. 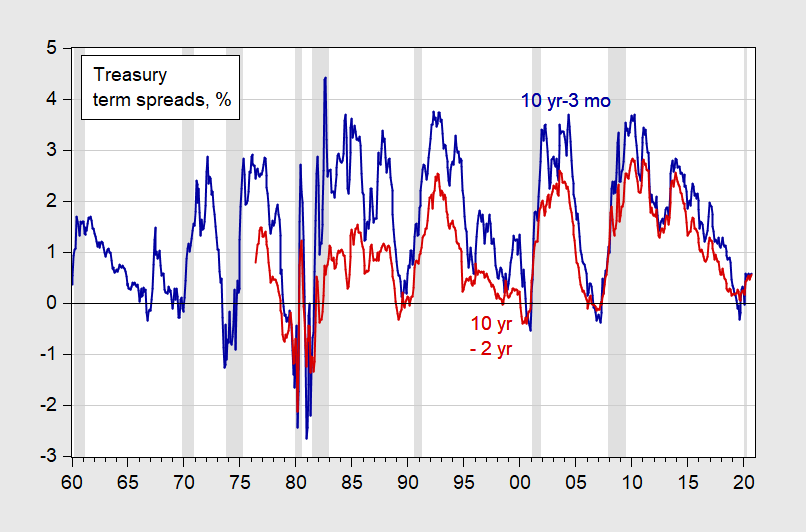 Of course, there is a false positive if you go back to 1965…

Using the most plain-vanilla of specifications, a probit regression on the 12 month lagged 10yr-30mo spread estimated over 1960M01-2019M01period  (for recession indicator variable going up to 2020M01), I obtain the following recession probabilities up to 2020M09: 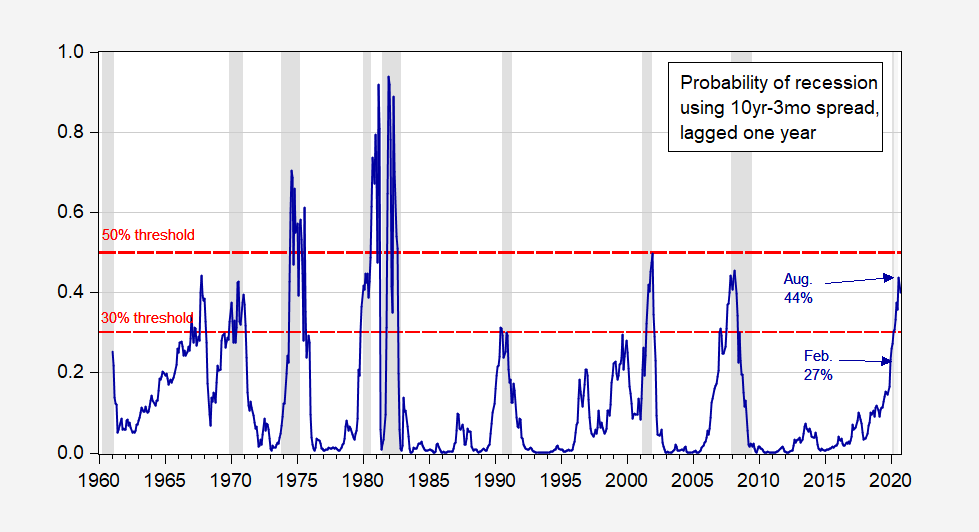 Of course, had the pandemic not occurred, maybe 2019 might’ve been a false positive…

Interestingly, using the term premium adjusted spread, the probability of recession peaks around 4%, much as in this post.

32 thoughts on “This Time Was Not Different”