Our main finding is that most countries/regions/cities fall in either of two groups:
large GDP losses and high fatality rates (New York City, Lombardy, United Kingdom,..)
or low GDP losses and low fatality rates (Germany, Norway, Kentucky, …). Only a few
exceptions, mainly California and Sweden, depart from this pattern.

This correlation has a simple explanation at a mechanical level. Through some
combination of government mandates and voluntary changes in behavior, those areas that suffered high mortality reduced economic activity dramatically to lower social
contacts and slow down the pandemic’s spread. In comparison, those locations that
were able to control the virus from the beginning could maintain economic activity
and suffer fewer deaths.

This observation suggests that controlling the epidemic is vital to mitigating GDP
losses. It is easy to be sympathetic with this view, as it avoids the classical trade-offs
in economics between alternative ends. With COVID-19, the evidence suggests that it
is possible to be successful on both dimensions, minimizing deaths as well as other
economic losses. 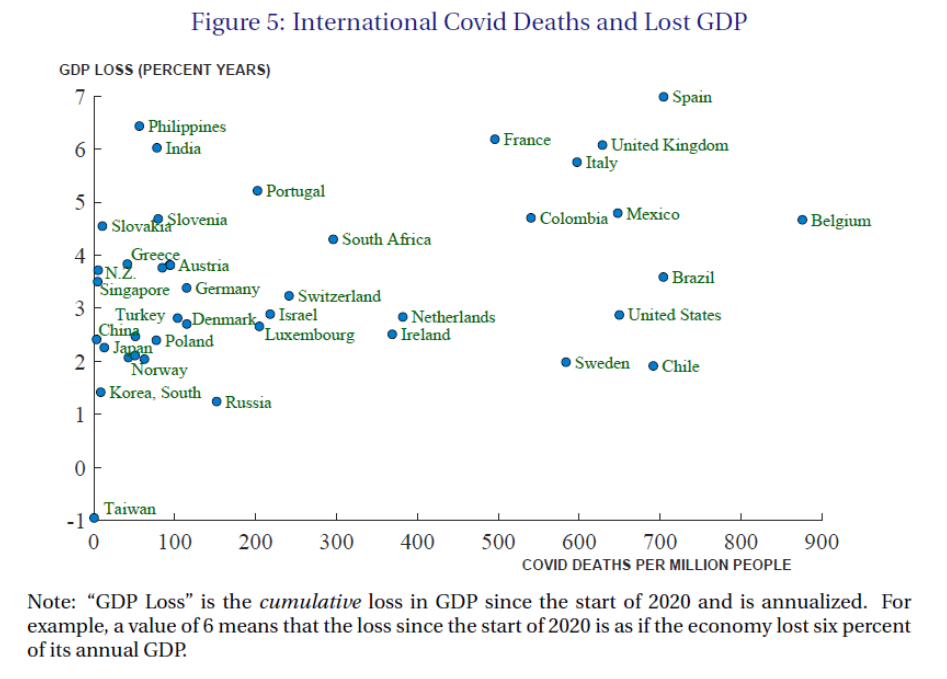 21 thoughts on “Fernandez-Villaverde and Jones: “Macroeconomic Outcomes and COVID-19: A Progress Report””