Given apparent gridlock in Washington – that is the gap between the administration and Senate Republicans on phase 4 recovery package – Wall Street economists and academics see the recovery somewhat differently. From the Initiative on Global Markets/FiveThirtyEight Covid panel round 10 survey (released October 12). 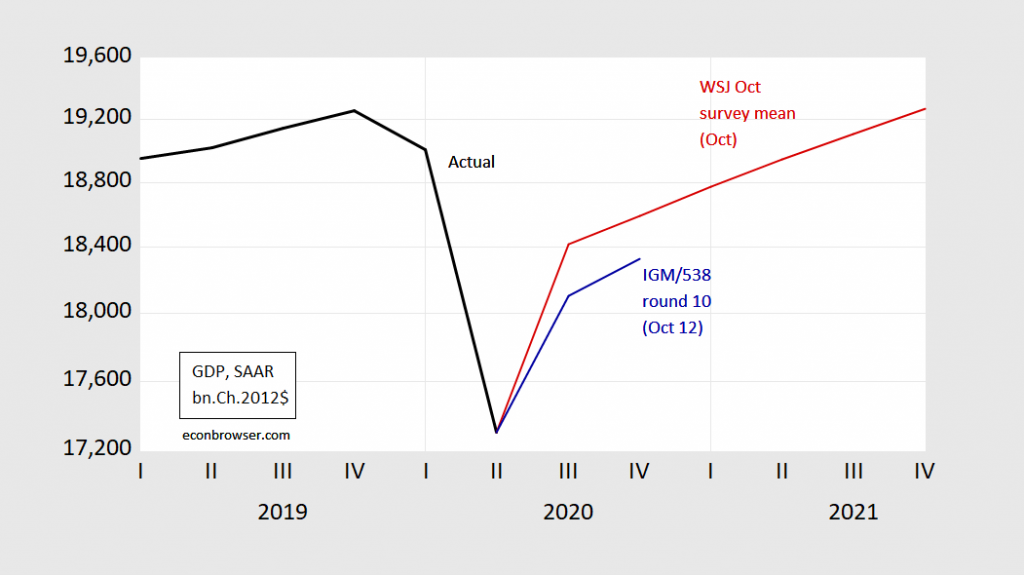 Once again, the results are not quite comparable since the WSJ survey consensus is a mean, and the IGM/538 consensus is a median, but you get the idea (using the WSJ median makes that trajectory a bit more optimistic).