With the release of industrial production figures today, the deceleration in economic activity continues, according to some key indicators noted by the NBER’s Business Cycle Dating Committee (BCDC). 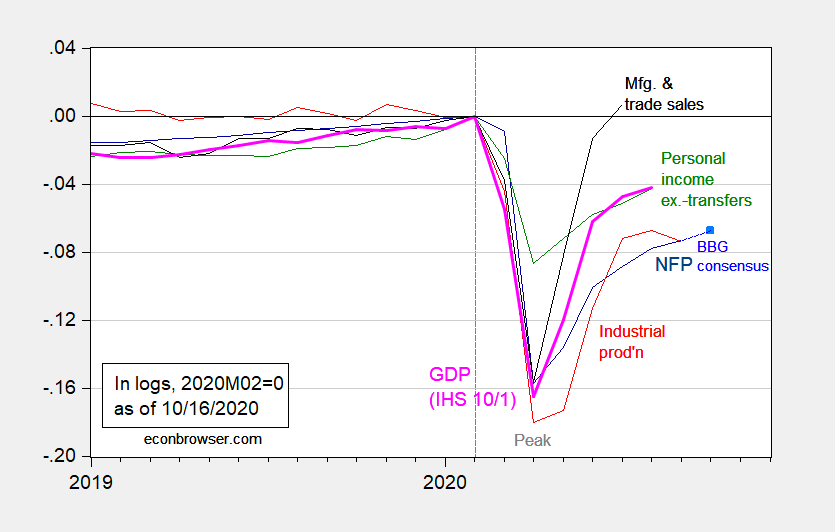 Industrial production fell -0.6% m/m vs. Bloomberg consensus of +0.5%. The series was revised upward in August, so the level of industrial production was still higher than the earlier estimate for August. Nonetheless, if it’s the trajectory that’s of interest, then this is not good news. Note that this decline is not driven by mining and/or utilities output decline. Manufacturing production fell -0.3 m/m vs. consensus of +0.7%.

Bloomberg consensus as of today for the October employment figures is 850K new jobs (as shown in blue square in Figure 1). I wonder if this number takes into account the surge in Covid-19 around the country. If one looks at the Covid-19 hospitalization figures, one has to wonder if employment growth — such as it is — can be maintained. 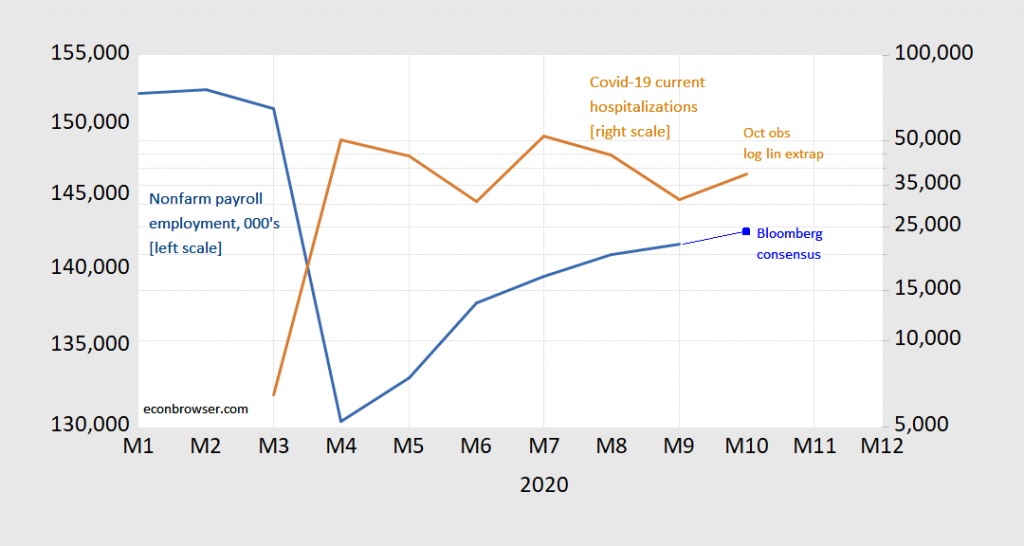