In addition to previous open letters, here is one released today, with over 750 signatories:

We, the undersigned economists, strongly urge voters not to re-elect Donald Trump on the following grounds:

In just one term in office, Donald Trump has rendered the United States unrecognizable, and has faced no consequences for doing so. He has carried out a sustained assault on democratic institutions, put his family members in charge of critical government functions during a pandemic, called for his political opponents to be thrown in prison, normalized corruption, and weakened the economic recovery with selfish and reckless behavior. For these reasons, we strongly recommend that the electorate do what no one else can: reclaim your democracy by voting to remove Donald Trump from office.

This is in addition to this open letter for Biden-Harris, discussed in this post:

More than 200 economists have signed a letter of support for Joe Biden and Kamala Harris. Signers include Nobel Prize winner Joseph Stiglitz, Laura Tyson, William Spriggs, Claudia Goldin, Robert Reich, Robert Gordon, Ebonya Washington, Jeff Sachs, and Emmanuel Saez. The letter contends that the U.S. is facing a series of simultaneous major crises — health, economic, and political — and that only strong national leadership from the Biden-Harris ticket supported by a grassroots democratic movement can address these crises and create an economy that works for all Americans.

The full letter is here. Release of this letter preceded the letter in support of Joe Biden signed by 13 Nobel Laureates in Economics (post here).

I (still) have not identified a corresponding letter in support of the Trump-Pence economic agenda.

It’s not surprising that economists have supported the Biden plan (while few seem to have signed onto the Trump agenda). Consider the analyses from several Wall Street research groups: 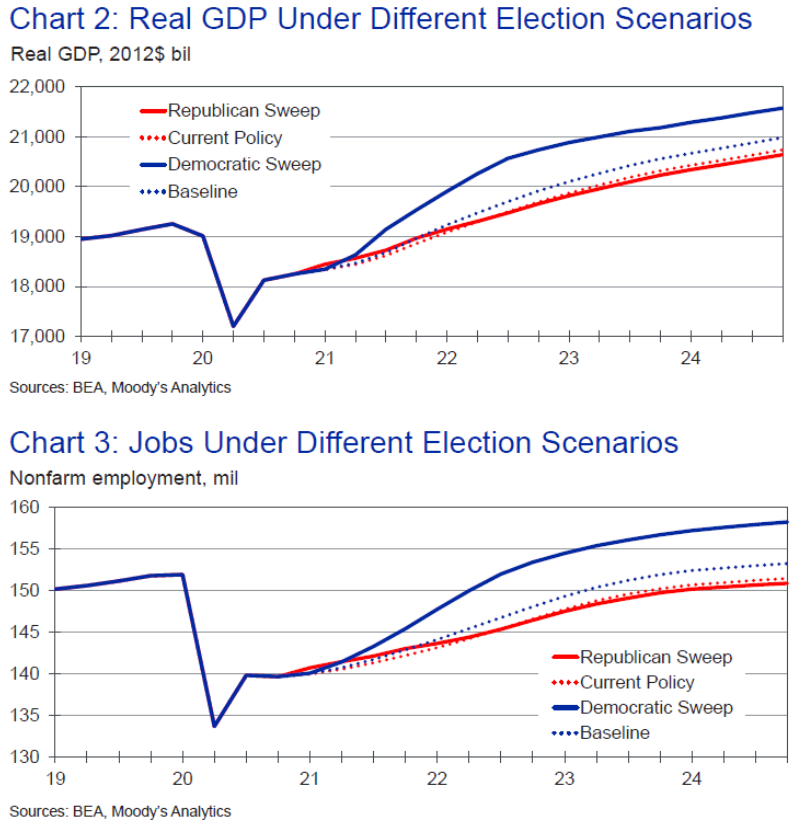 And here is Oxford Analytics’s assessment. 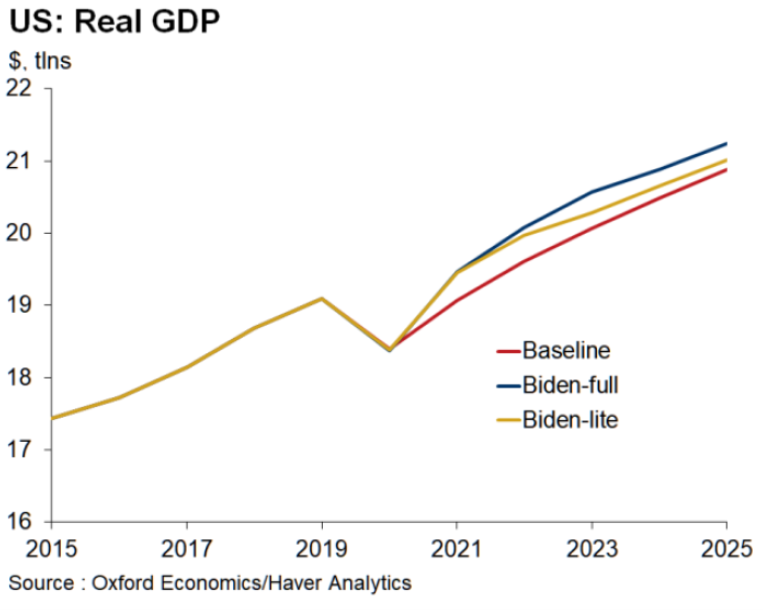 and Goldman-Sachs’s estimates of impact on output gap. 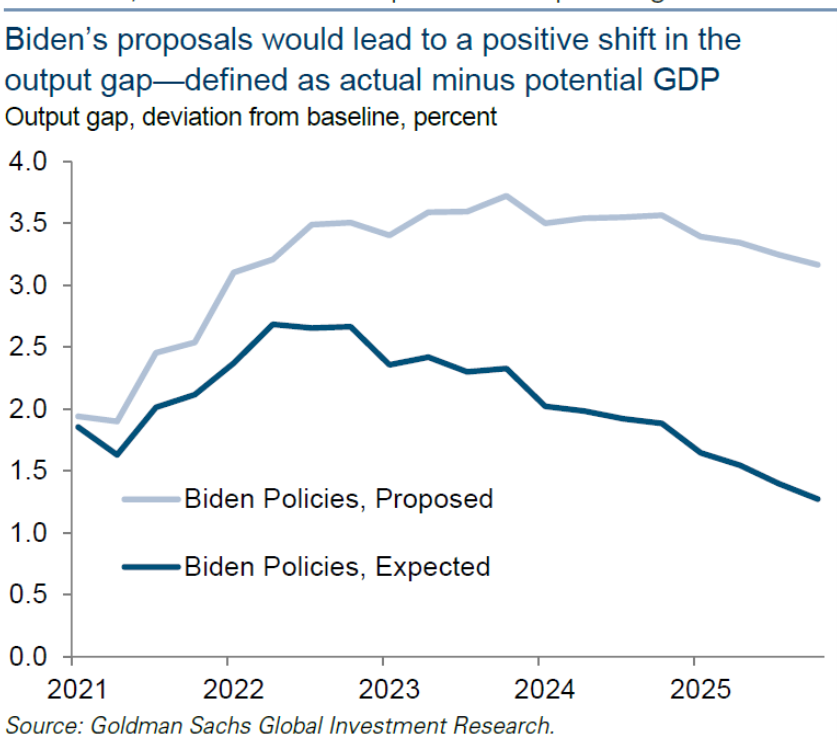 In general, the Biden plan would result in higher output and employment than under a second Trump administration (to the extent one can discern his plans).

68 thoughts on “Yet More Economists against Trump”