Here’s a time series of the real minimum wage, under the Sanders proposal. 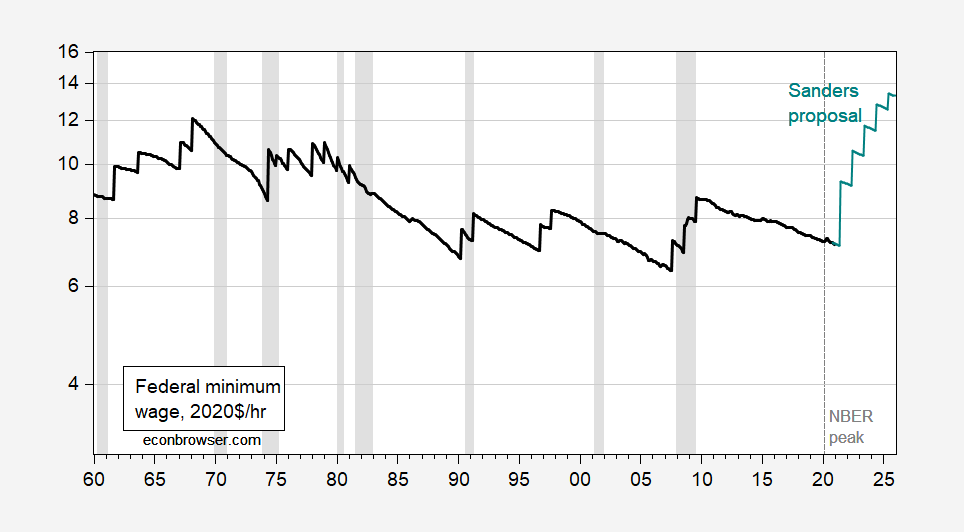 Today, CBO released its assessment of the impact of such legislation:

If enacted at the end of March 2021, the Raise the Wage Act of 2021 (S. 53, as introduced on
January 26, 2021) would raise the federal minimum wage, in annual increments, to $15 per hour by June 2025 and then adjust it to increase at the same rate as median hourly wages. In this report, the Congressional Budget Office estimates the bill’s effects on the federal budget.

Underlying the budgetary estimates are CBO’s projections of how pay would change for people directly or potentially affected by an increase in the minimum wage—that is, people who would otherwise have been paid hourly wages that were less than the proposed new minimum or slightly above it—and how changes in pay would affect the number of people employed.

Arindrajit Dube critiques. So too does EPI.

Goldman Sach (Nicolae/Mericle/Phillips on 2/8) notes that some portions of the country have raised the minimum wage already, so that the impact of Sanders legislation on the effective minimum wage is smaller than depicted in Figure 1. 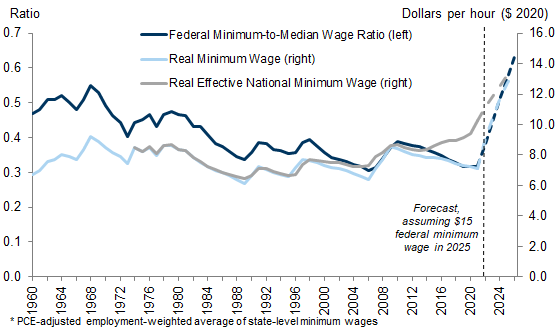 The nationwide effective minimum wage is already around $11.

67 thoughts on “The Effect of Proposed Minimum Wage Legislation”