If you believe the world is in base e, then this is a better picture of the Bitcoin’s progress. 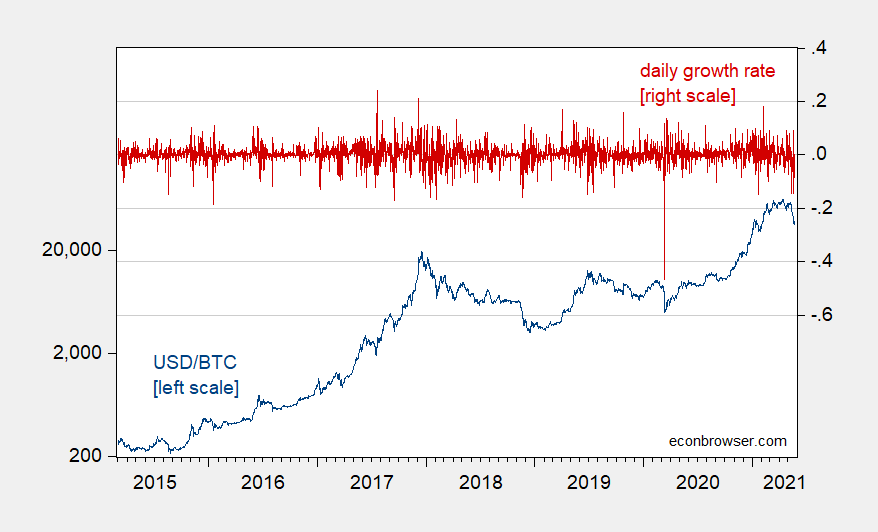