The Section 232 tariffs on steel and aluminum were a bad idea during the Trump administration. They’re still a bad idea.

There are indications that the Biden administration will keep these tariffs in place, at least in the short term. Given the accelerated rise in prices since end-2020, this reluctance to eliminate these counterproductive measures is mysterious to me. The depreciation of the dollar after the Trump-induced flight to dollar assets had already raised import prices. 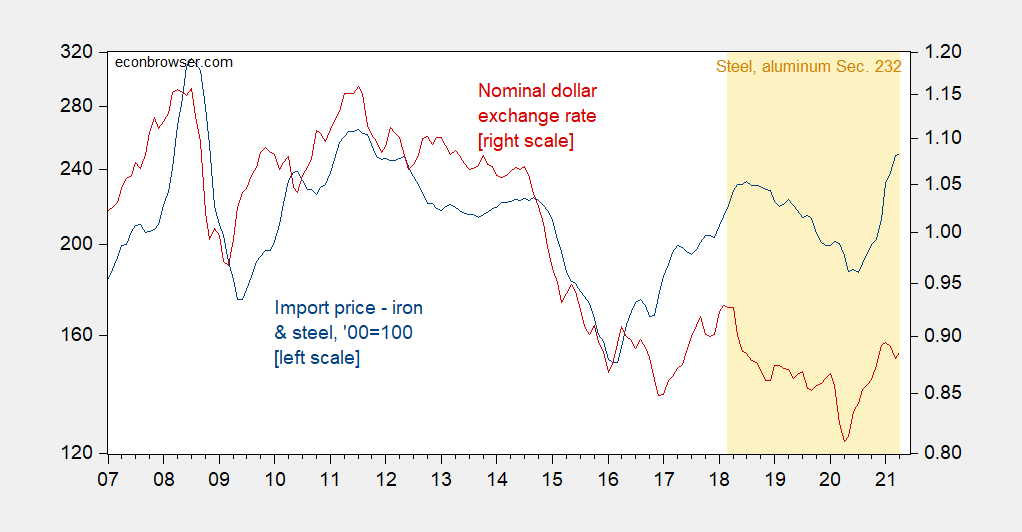 The fact that iron and steel import prices have diverged from the dollar exchange rate is consistent with steel tariffs have “bite” as overall economic activity picks up.

As basic tariff analysis indicates, domestic producers will raise prices along with import prices. This is shown in Figure 2. 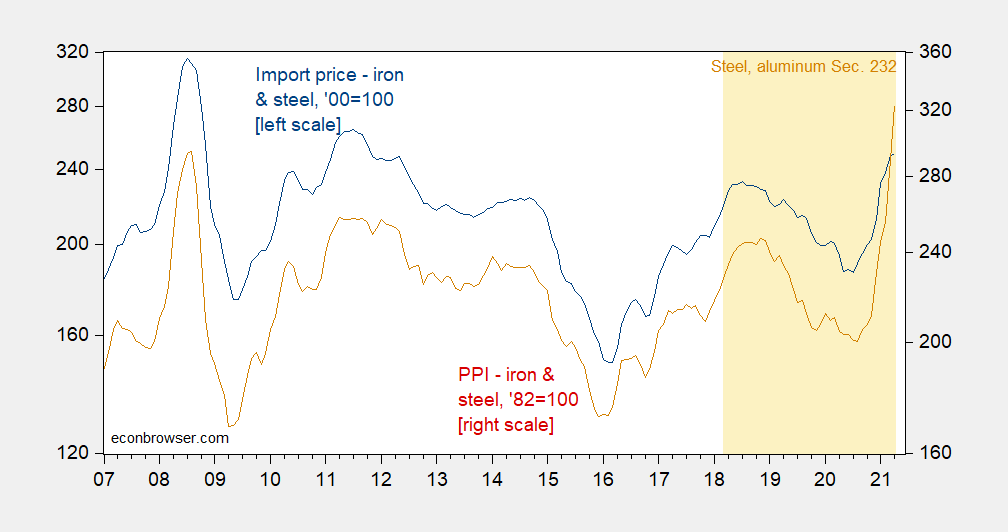 Figure 3 highlights the extent of the divergence in a different fashion. 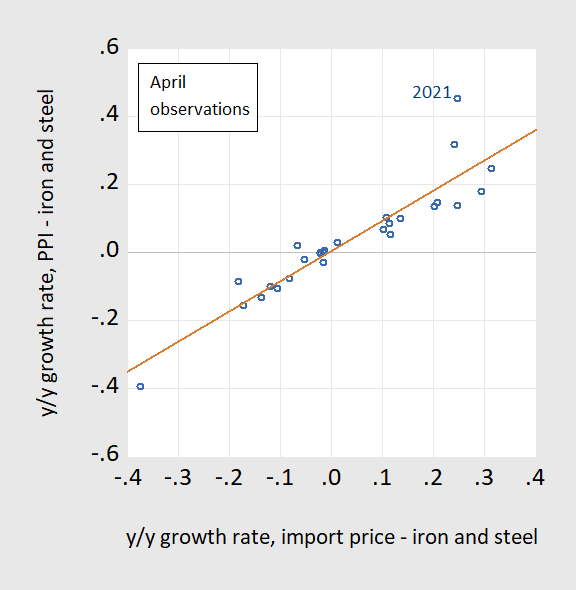 As the economy heats up further, the case for steel and aluminum protection (if there ever was one) gets less and less convincing. This is particularly so if there are concerns about bottlenecks in the supply chain and other cost-push shocks. (See also NYT)