Industrial production was released yesterday, along with retail sales. 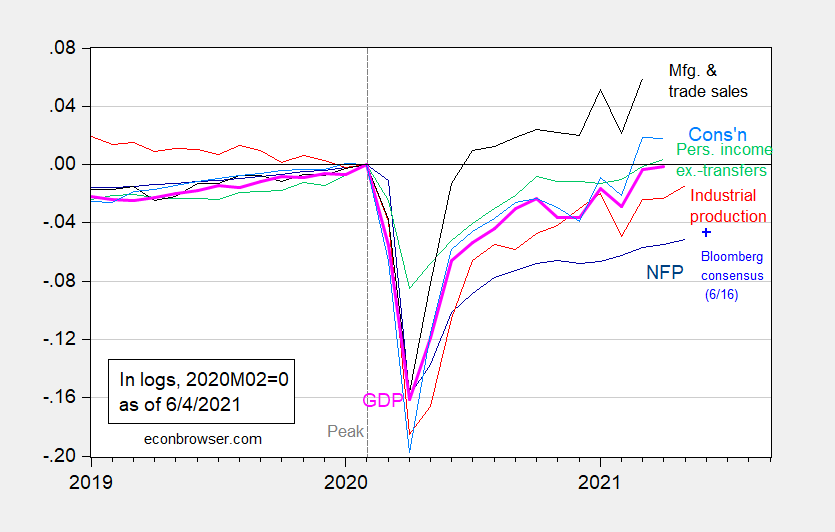 Industrial production continued to rise in May, above Bloomberg consensus (0.8% vs. 0.6%), and at a slightly faster pace than recorded in the previous month. Manufacturing production also provided a similar upside surprise.

Retail sales pulled back slightly. after surging in the previous months. Retail sales might provide some insights into the trajectory of two of the series included in Figure 1 — manufacturing and trade industry sales, and consumption — but the fit is not extremely tight. 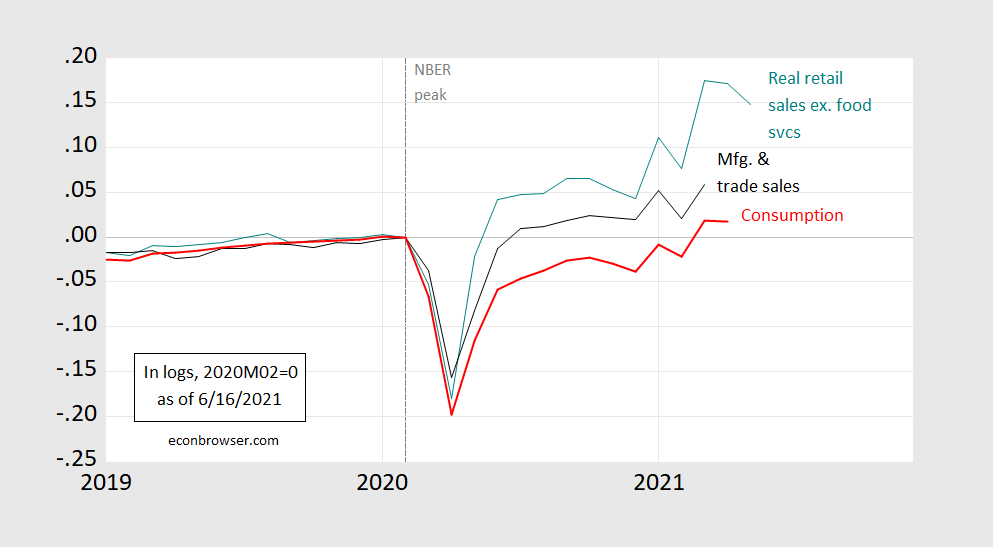 The latest observation for real manufacturing and trade sales is March, for consumption is April. Extrapolating with reference to retail sales, continued growth seems likely for the two series, but hardly guaranteed.