From CNN Business, Dollar doldrums are back as inflation worries heat up:

The US Dollar Index, which measures the greenback versus the euro, yen and several other major global currencies, has fallen about 2.5% in the past three months -— and it’s now down more than 7% in 2021. Fears of rising inflation are taking a bite out of the dollar, as are expectations that the Federal Reserve will keep interest rates near zero for the foreseeable future despite inflation concerns. Both inflation and historically low interest rates lower the value of a currency over time.

And yet, here is the real value of the US dollar measured against a broad basket of currencies the US trades with. 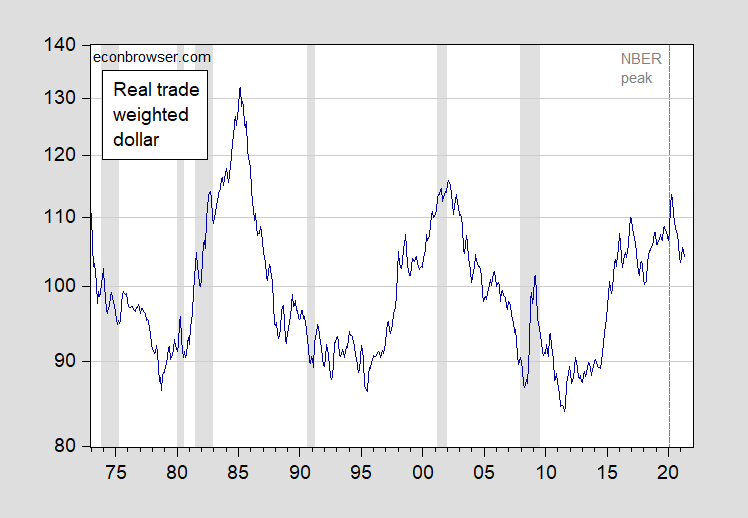 Figure 1: Real trade weighted value of US dollar, against broad basket of currencies. Trade weights for goods through 2005, for goods and services 2006 onward. Source: Federal Reserve via FRED.

51 thoughts on “Everything Is Relative”