Even before Covid-19 struck, Wisconsin exports were declining despite a sideways-trending dollar… 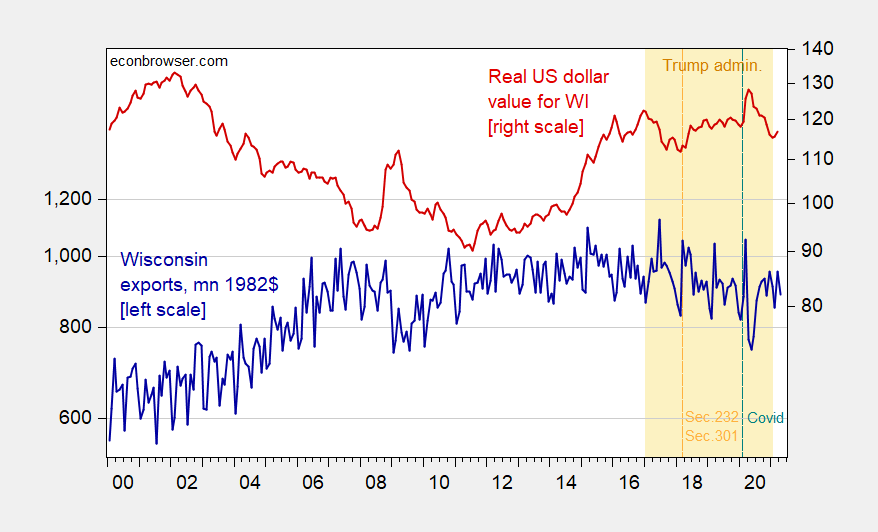 While Wisconsin export growth stalled during the dollar appreciation of 2014-15, growth went negative in the wake of the announcement of Section 232 and Section 301 measures, even with a fairly steady dollar. That’s suggestive of a failure of the Trump browbeating approach to trade policy – retaliation (and associated heightened economic policy uncertainty) did Wisconsin no favors in the export realm.

The following caveat is necessary when examining these data, as the series does not represent necessarily production in Wisconsin. From the data description:

6 thoughts on “Wisconsin Goods Exports during the Trump Trade War”