Reuters – “U.S. consumer prices post largest gain in 13 years; inflation has likely peaked”.  Surprises on the upside, put in context. Stripping out volatile components, inflation is up; focusing on sticky prices, inflation is down.

The CPI surprise was 0.4%, while that for Core CPI was 0.43% (relative to Bloomberg consensus as of yesterday). To place these in context, the variability of m/m changes in the (log) CPI and Core CPI is about 0.2%. In addition, the price level as of June was above the 2016-19 linear trend, as shown above. Prices have caught up, and more (both are about 1.5% above trend).

On the other hand, while headline m/m inflation is up, a measure that focuses on infrequently changed prices — the sticky price CPI — has declined, suggesting easing pressures. The trimmed CPI — which excises highly volatile components — kept on rising indicating it’s not outliers driving June increases. 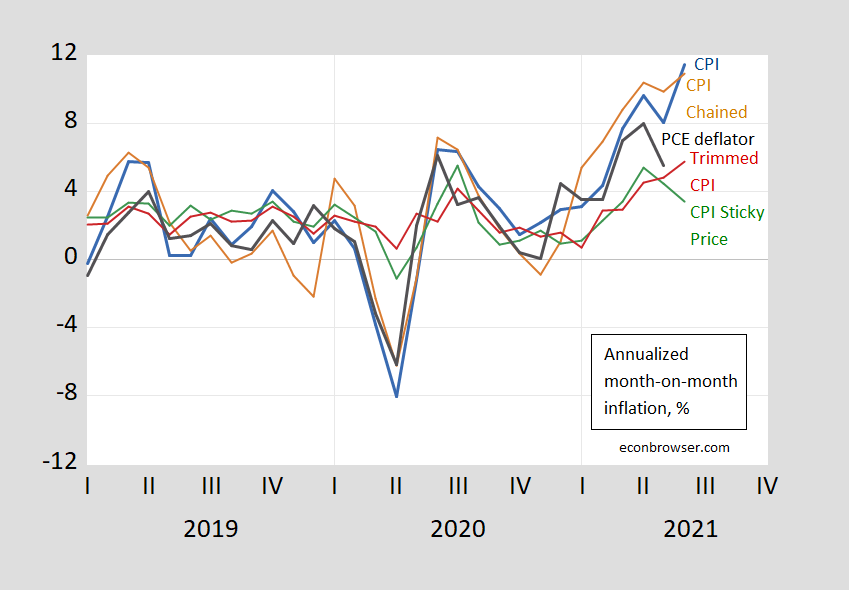 What about core measures? These are shown in Figure 3 (no trimmed core shown). The pandemic has made it more important to examine the role of specific components. CEA notes that excluding  “cars and pandemic-affected services, core inflation rose 0.22 percent month-over-month, relative to 0.28 percent in May and 0.31 percent in April”. This is shown in this graph: 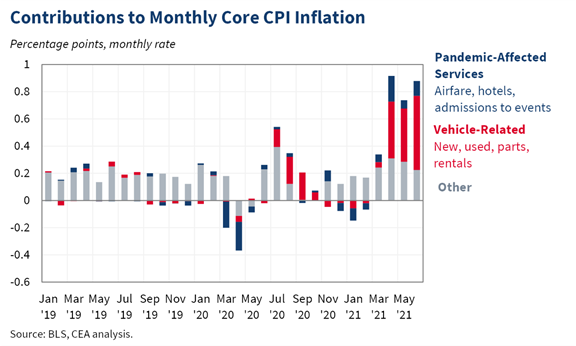