As the pace of growth has picked up, forecasts of ten year Treasury yields have risen as well. Here are some recent ones. 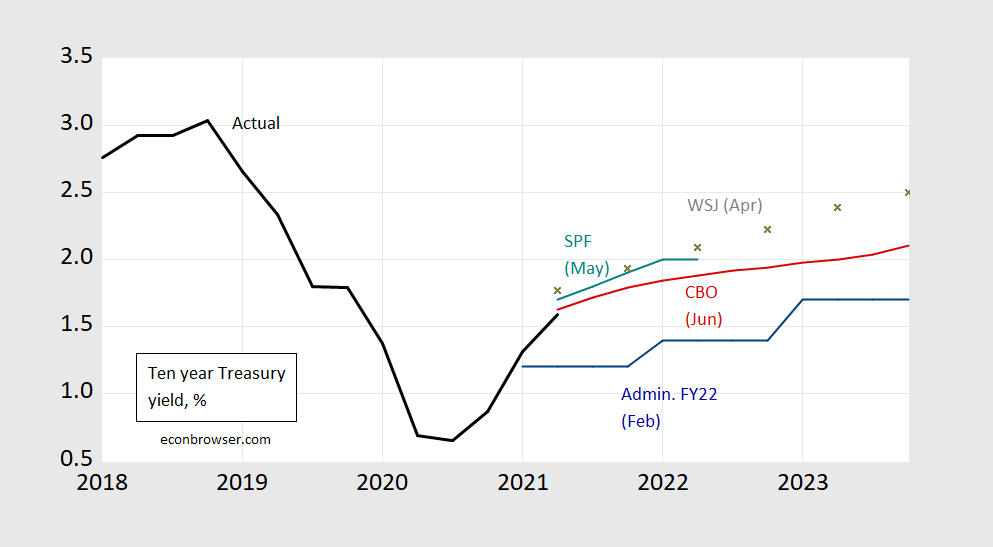 While there are some notable divergences, what is true is that through mid-2022, the CBO projection is not far off from professional forecasters as surveyed by WSJ or Philadelphia Fed.

On the other hand, the upward shift in the projected trajectory has largely followed recent actual developments in yields, with reversion to mean in the out years (which is based on 1994-2004 averages of input variables as described in this document). 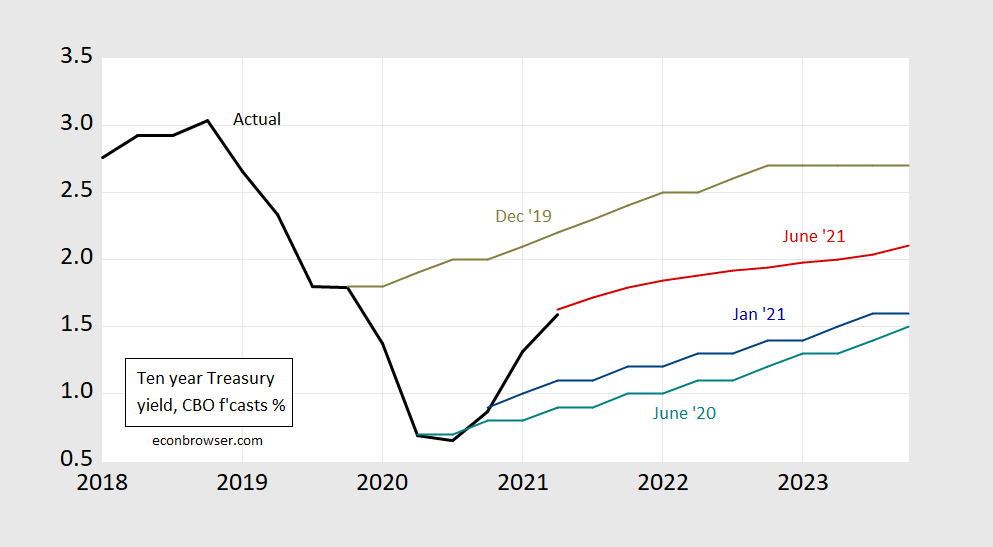 This pattern of forecast revisions — with predictions generally overshooting actual in recent decades — is not specific to CBO. More on this in this post.

37 thoughts on “Interest Rate Paths for the Treasury Ten Year”