That’s the title of a NYT article today.

If rents continue to take off, it could be bad news both for those seeking housing and for the nation’s inflation outlook. Rental costs play an outsize role in the Consumer Price Index, so a meaningful rise in them could help keep that closely watched government price gauge, which has picked up sharply, higher for longer.

The CPI for shelter has risen more slowly than the CPI less shelter, so the thesis of the article must be that — as transitory upward pressure on goods and services ex-shelter dissipates, CPI-shelter has risen more than previously anticipated. And is expected to be more persistent than previously anticipated — reasonable given what seems to be strong wages and high demand. 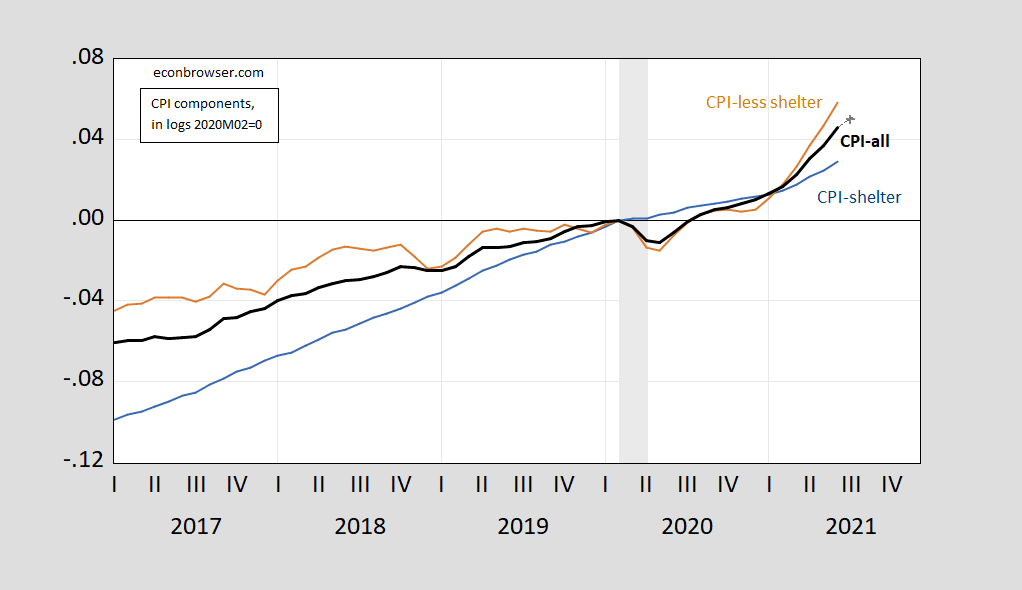 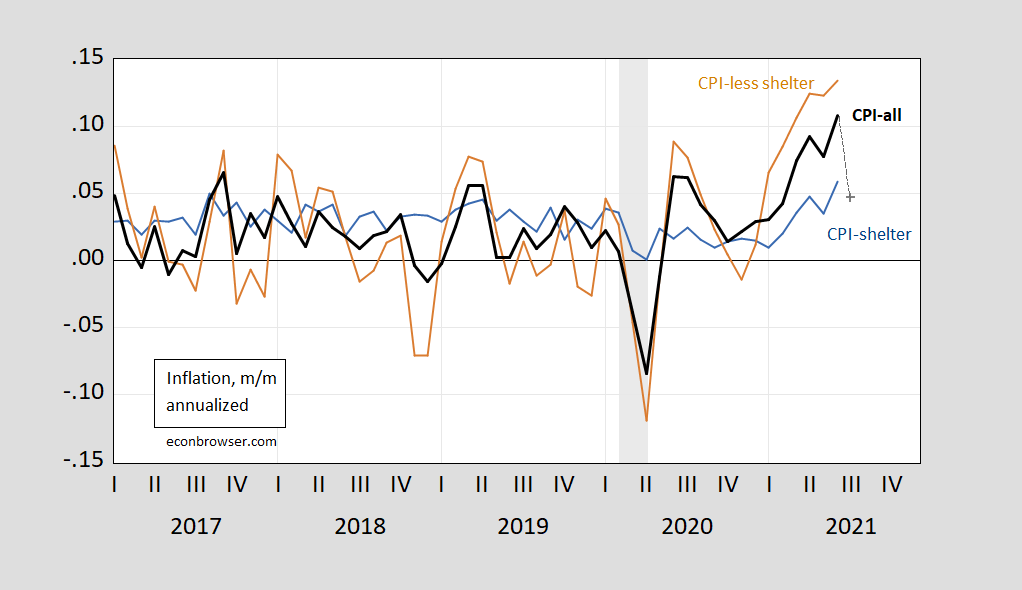 from 1986-2019, the persistence of m/m CPI-shelter inflation was less than that of CPI-less shelter (as measured by the AR(1) coefficient), so the assumption of a transitory jump in shelter costs made sense. However, the special conditions surrounding the pandemic means that one wouldn’t want to rely on this historical pattern to hold. 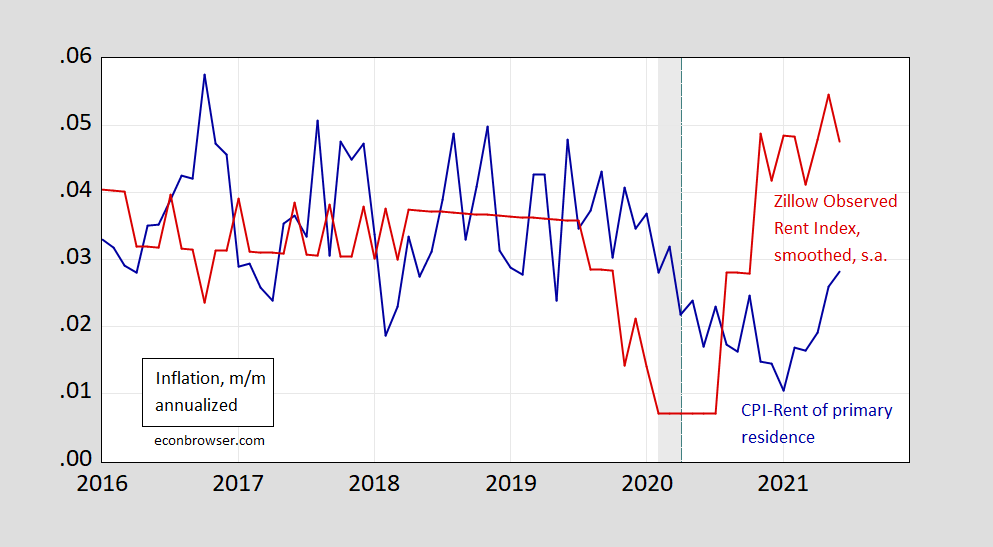 At the month-on-month frequency, there’s no relationship between the two series; there one at the 12 month frequency. Generally, it seems like it’s an open question whether housing will keep inflation more persistently high than originally anticipated.

20 thoughts on ““Rising Rents Threaten to Prop Up Inflation””