Growth prospects decelerate, while the CPI level looks higher, according to the August Survey of Professional Forecasters. 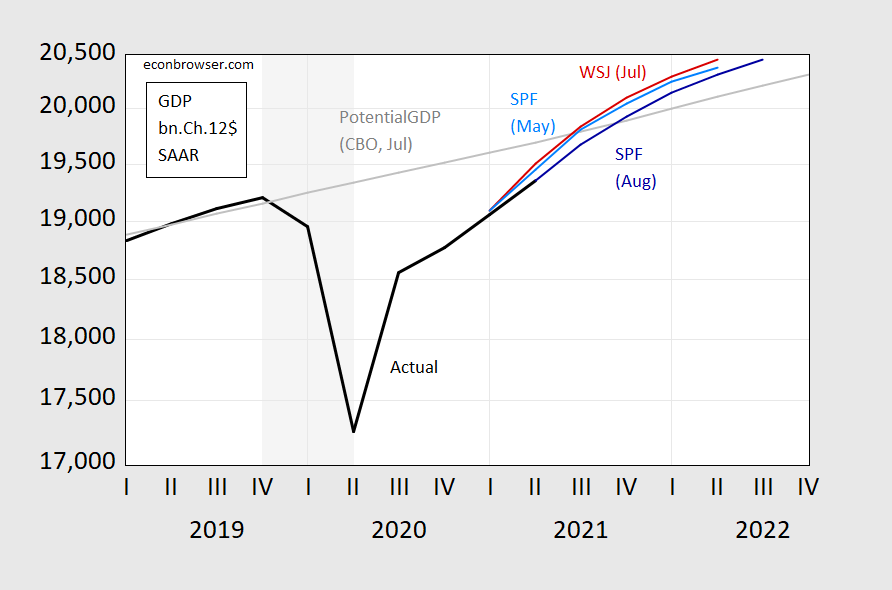 The downshift in forecasted growth from May to August is quite substantial. While we don’t have a July SPF forecast, from my experience the SPF and WSJ forecasts for growth are similar. That in turn implies that the perceived growth outlook has dimmed over the past month. Retail sales

Interestingly, the current SPF consensus is closer to the Administration’s forecast locked down in February, than the CBO’s projection published in July. That means — if the CBO’s estimate of potential GDP is accurate.

As expected, CPI inflation is temporarily higher, so that the level is forecasted to be higher. 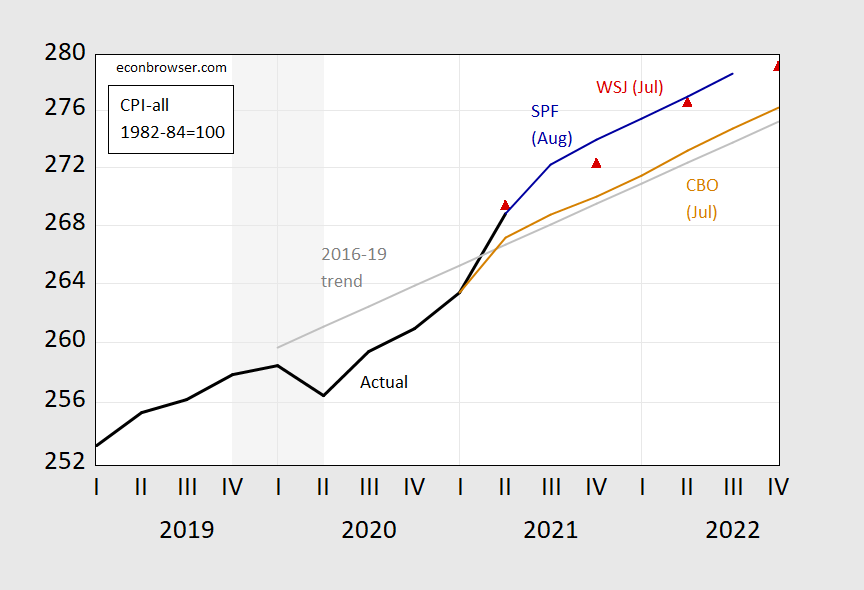 The fact that the forecasted path of prices is roughly parallel to the CBO’s July projection indicates that the jump in inflation is perceived as transitory – the current quarter inflation forecast was raised from 2.6% to 5.2% annualized.

The downshifting of growth expectations is consistent with the fall in consumer sentiment, as measured by the University of Michigan’s survey. 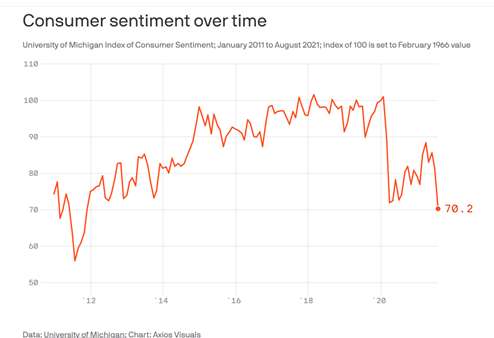 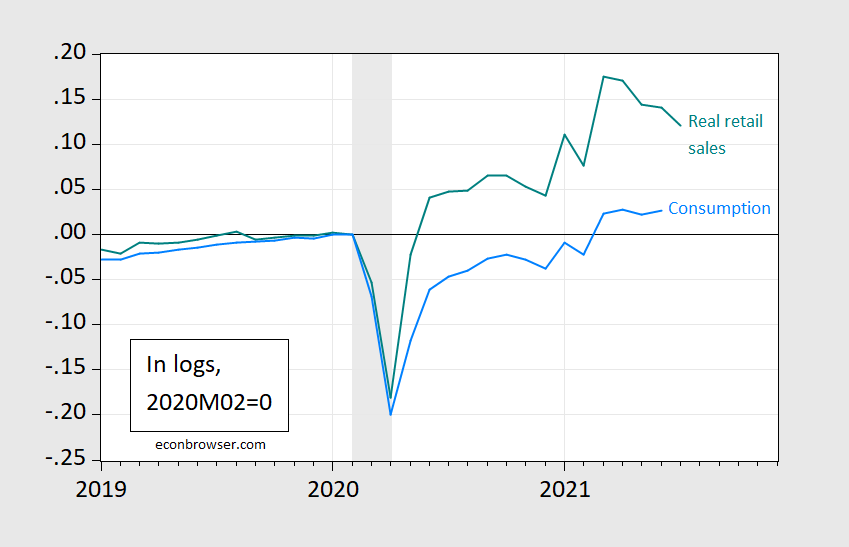 47 thoughts on “The Outlook – The August Survey of Professional Forecasters”