1) Economists have limited exposure to the real world
2) Economists extrapolate off last period statistics, which are much more imprecise than they acknowledge
3) Economists are ideological and can torture statistics to reach the desired outcome

I don’t know if the reader actually knows any credentialed Ph.D. economists, but I have to say that from my own experience, these are not particularly apt characterizations.

On (1), pretty much every Ph.D. economist I know did not grow up with a silver spoon in his/her mouth. Now, like many other academics, they typically aren’t from extremely humble backgrounds (as shown in this paper, discussed in this post). But interestingly, business (not economics) professors have the lowest proportion of parents with PhD’s among the surveyed academics.

As for myself, I know I have to shop at a grocery store, go to the DMV to renew my license, have but one house to live in. Right now, we only have one car between the two of us; the one we last retired was over 22 years old, and retired only because we couldn’t get a part for the repairs, since it was so old.

I’ve worked in a factory (swing shift! – and I know what anodizing entails), as a clerk in an anonymous government office, in a library writing call numbers on the spines of dusty books. I never worked in the accommodation and food services industry, but my father did his entire life. I never worked sewing garments, but my mother did. In sum, I’d bet my parents’ socio-economic status did not exceed that of would-be populist sammy’s.

On (2), economists are the ones usually cautioning people not to extrapolate off the last observation. As I’ve documented on this blog, I’m always (perhaps tiresomely so) repeating that the most recent observation of any given government statistics is likely to be revised, and often meaningfully so. (This post also documents my many warnings on Econbrowser about data imprecision.) And, the entire idea of cointegration (which showed up in many of my published papers) involves not extrapolating off the last observation.

I can’t counter (3), because, heck, you could pretty much say everybody is ideological. Now, amongst policymakers, I’d say that economists are not as ideological as others because the concepts of costs, benefits, risk, asymmetric information, and calculations at the margin discipline what a typical economist will say about a given public policy.

On the other hand, you can think about how that salt-of-the-earth public intellectual Rush Limbaugh deployed statistics (or didn’t), as he luxuriated in his humble abode. 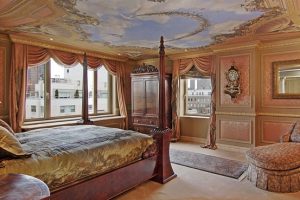