From the FT-IGM US Macroeconomists Survey:

Hence, in contrast to worries voiced by some observers, the medium term impact of the Build Back Better Act combined with the already passed Infrastructure Investment and Jobs Act is not widely shared by academic economists, with the modal response “no material effect on inflation”. (This is a longer horizon than that best analyzed by short run macroeconometric models, see this post.)

How can this be? It’s useful to remember that the longer term output effects of infrastructure investment are estimated to be fairly high. Hence, increasing investment in public capital can lead to relatively large impact on output over time, as shown in the below aggregate demand-aggregate supply graph. 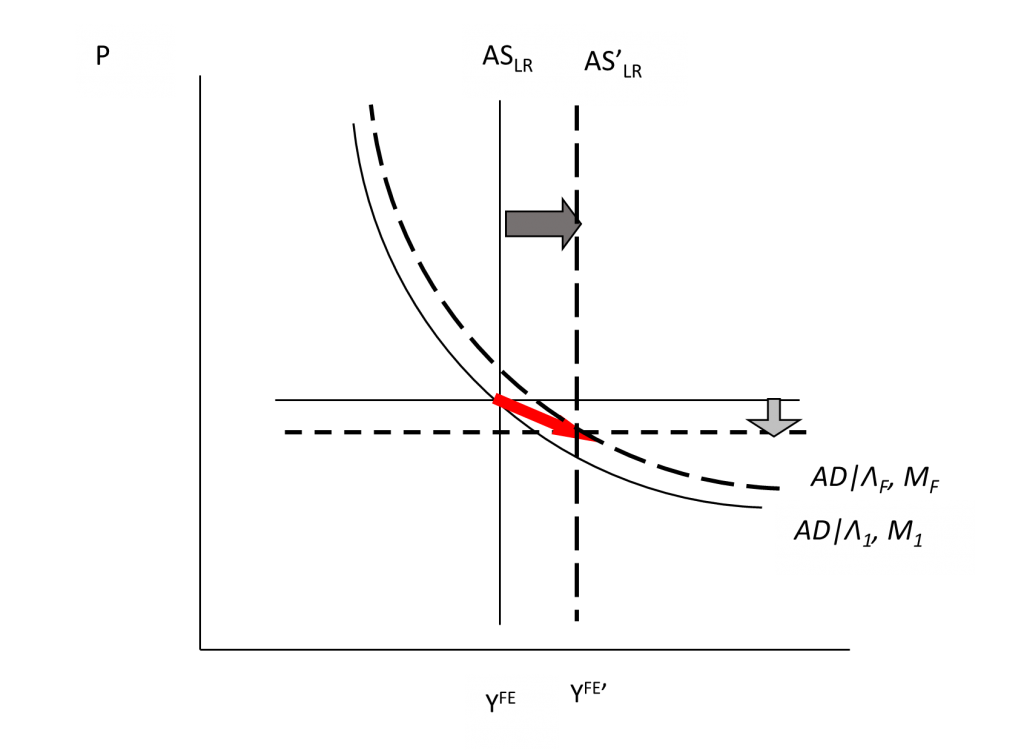 Figure 1: One interpretation of the medium run impact of effective infrastructure investment spending.

In this interpretation, the long run aggregate supply curve shifts from ASLR to AS’LR (dark gray arrow), i.e., full-employment GDP rises, even as the Aggregate Demand curve shifts out (light gray arrow). Since the shift in the long run AS curve is large, then in this case, downward pressure on the price level occurs (or more accurately, downward pressure relative to the no-infrastructure investment).

If the impact on on full-employment GDP is smaller (relative to the shift in the AD curve), then the net impact could be zero or positive for inflation.

What about arguments that the BBB Act contains lots of spending that does not conform to the types of infrastructure considered in typical studies of infrastructure investment? It’s important to remember that temporary shocks (higher reservation wages can shift up the short run aggregate supply line — i.e., the flat line in Figure 1). Why might those reservation wages be higher? Question 10 in the survey addresses that question. 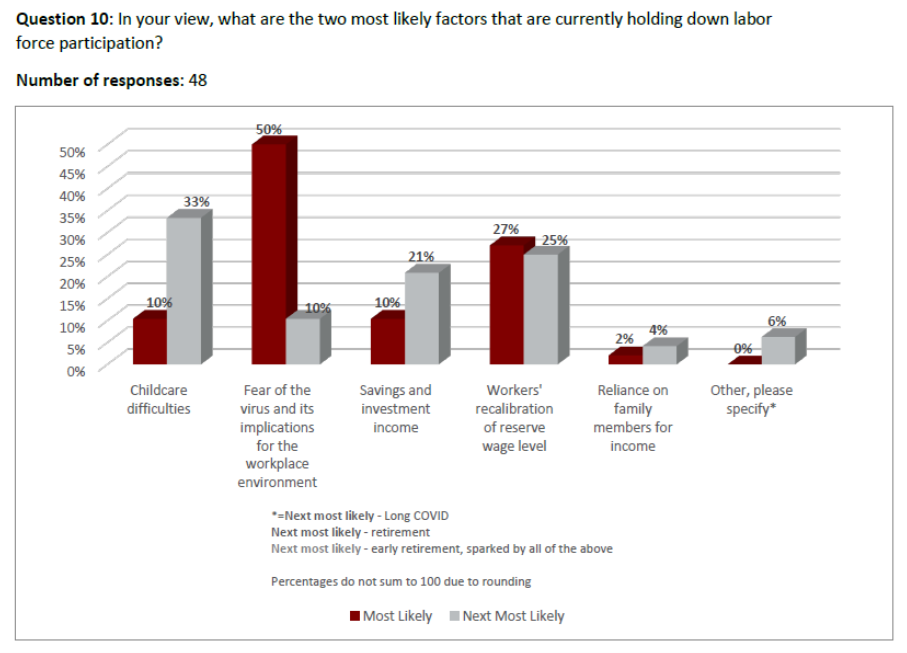 The second most likely factor identified in the survey is childcare difficulties. To the extent that BBB can mitigate some of these restraining factors on labor force participation, then in both the short and medium run, inflationary pressures can be relieved. For instance, over 15% of the latest iteration of proposed BBB is for universal pre-K and affordable child care.

Build Back Better may further reduce inflation by lifting supply to meet demand. Policies to support pre-K, child care, and long-term care, for example, may help parents and caretakers to remain in or re-enter the workforce; support for housing construction may reduce rental prices; and investments or support for infrastructure, research, and other capital may boost labor productivity. However, many of these potentially inflation-moderating aspects of Build Back Better are generally longer term polices that are unlikely to have much short-term effect on supply.