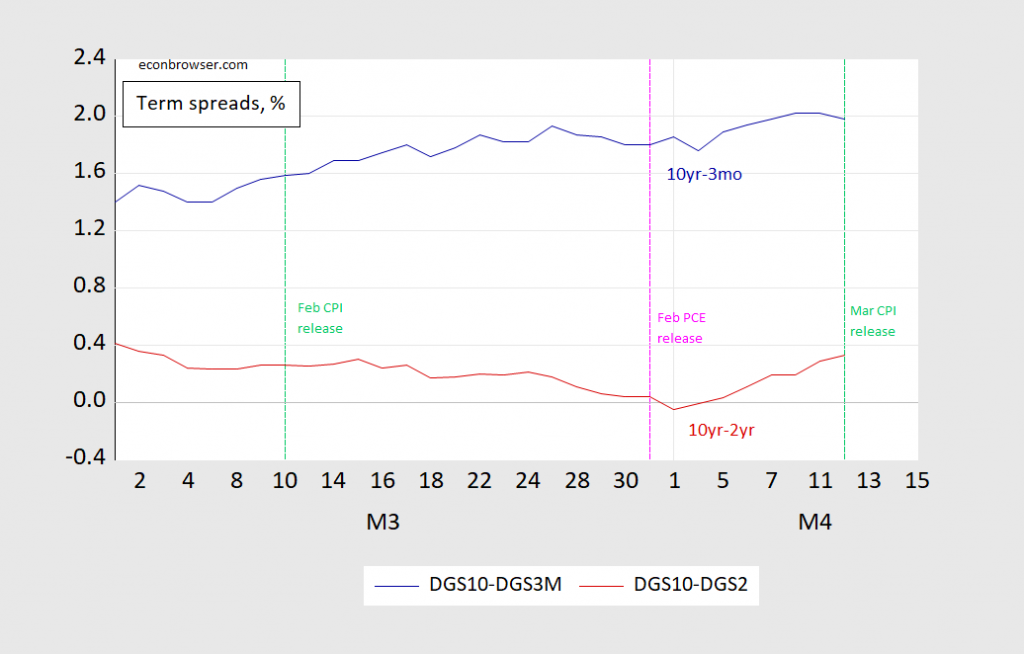 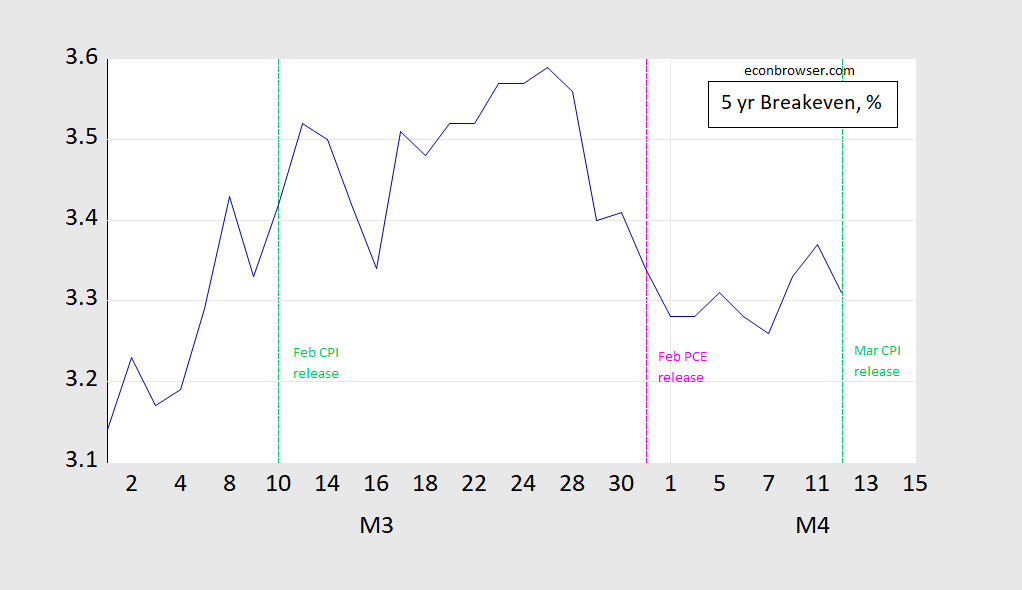 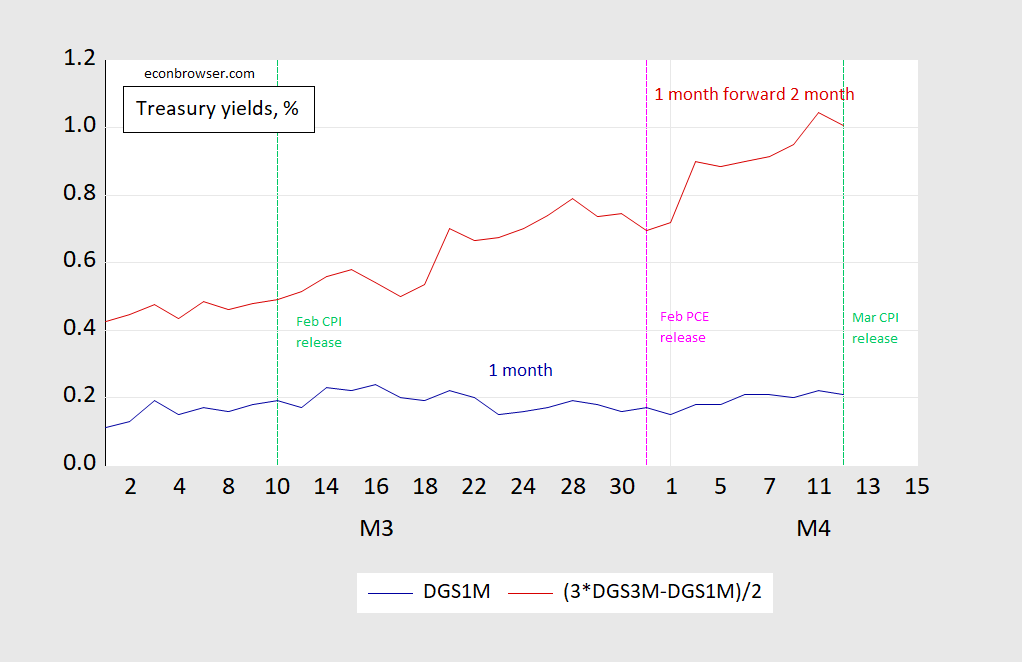 No big movements, which is unsurprising given headline CPI inflation was at consensus (although Core was below).

52 thoughts on “Financial Market Responses to the March CPI Release”