We observe that within a few days, the probability density function of conditional euro area GDP growth for 2022q1 clearly shifted to the left. The value estimated on 28 March shows a thicker left tail, highlighting an increase in downward macro risks in the wake of the start of the war in Ukraine. As regards the value of the GaR at 10%, which can be considered as the 10% quantile of this estimated conditional distribution, it went from -0.02% on 01 February to -0.90% on 28 March.

This is shown in Figure 2 from Ferrara et al. 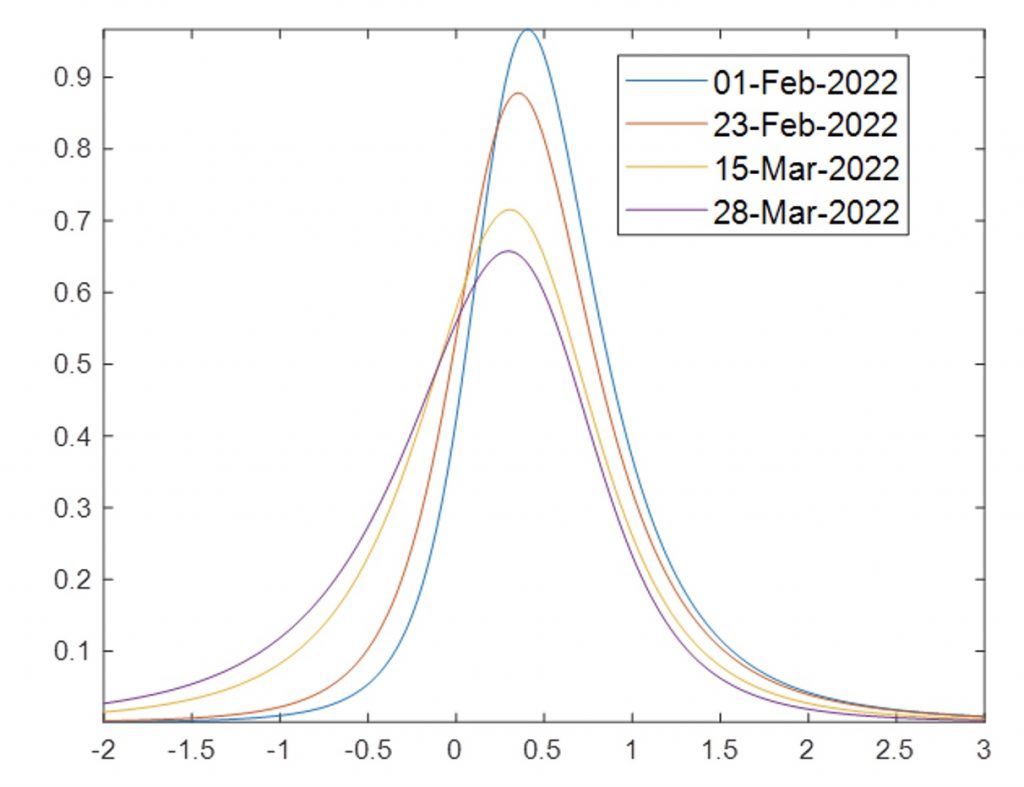 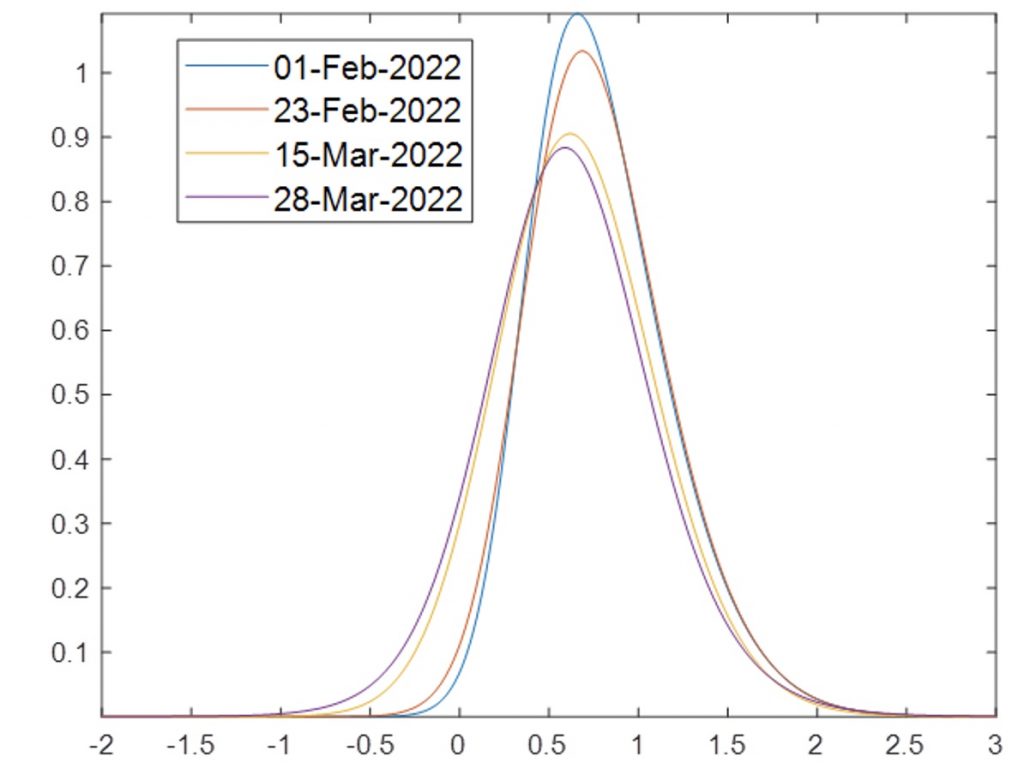