A 2.6% q/q dive in Chinese GDP is unsurprising, but unwelcome nonetheless: 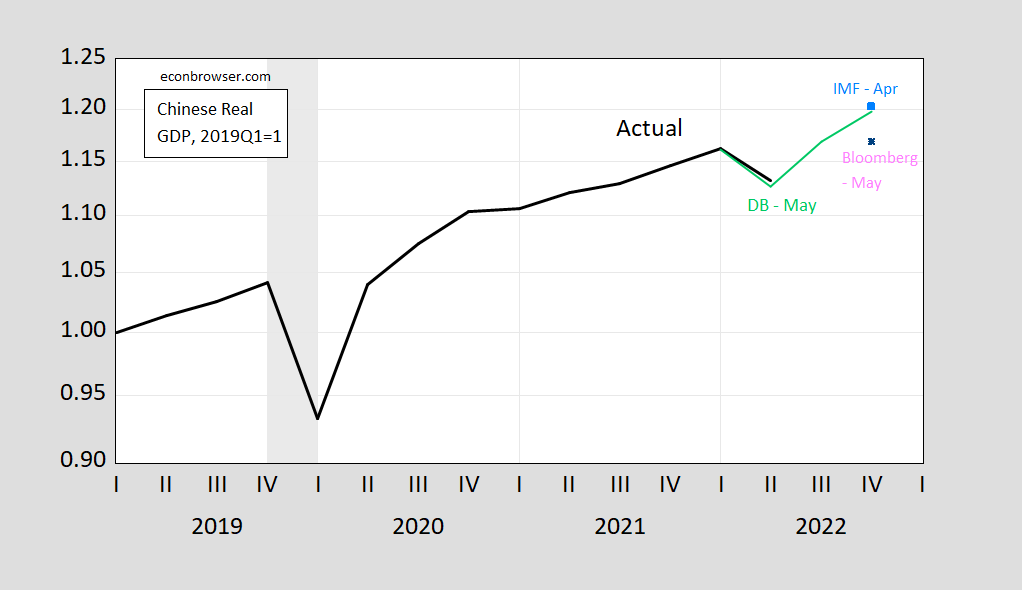 As I noted three months ago, both Goldman Sachs (not shown above) and Deutsche Bank foresaw a sharp drop, partly as a consequence of the government’s zero covid policy , as well as the deteriorating real estate sector. (Bloomberg consensus just before the release was for -1.5% q/q versus actual -2.6%.)

Moving forward, we expect the Chinese economy to fare slightly better in H2 2022 on the back of eased measures to reopen the economy, but the weak GDP performance in H1 2022 makes it hard to achieve the government’s initial growth target (5.5%). We would expect the Chinese government to review it downwards. Given the information so far, we maintain our annual growth prediction of 3.5% for 2022, but some relevant downward risks remain. First, the pandemic continues to evolve with new infectious variants, namely, BA.4 and BA.5, which could bring more challenges for China to contain Covid spread. Second, the sluggish property market sees little sign of recovery. If anything, it is getting more complicated as problems are moving beyond developers to households and, through their mortgages, potentially to banks. Finally, the global economic environment is worsening very fast as the odds for a global recession increase, with a special focus on the US due to inflation and a very hawkish Fed but also Europe due to the war in Ukraine and high energy prices.

For now, a resumption of growth seems apparent in forward looking data: 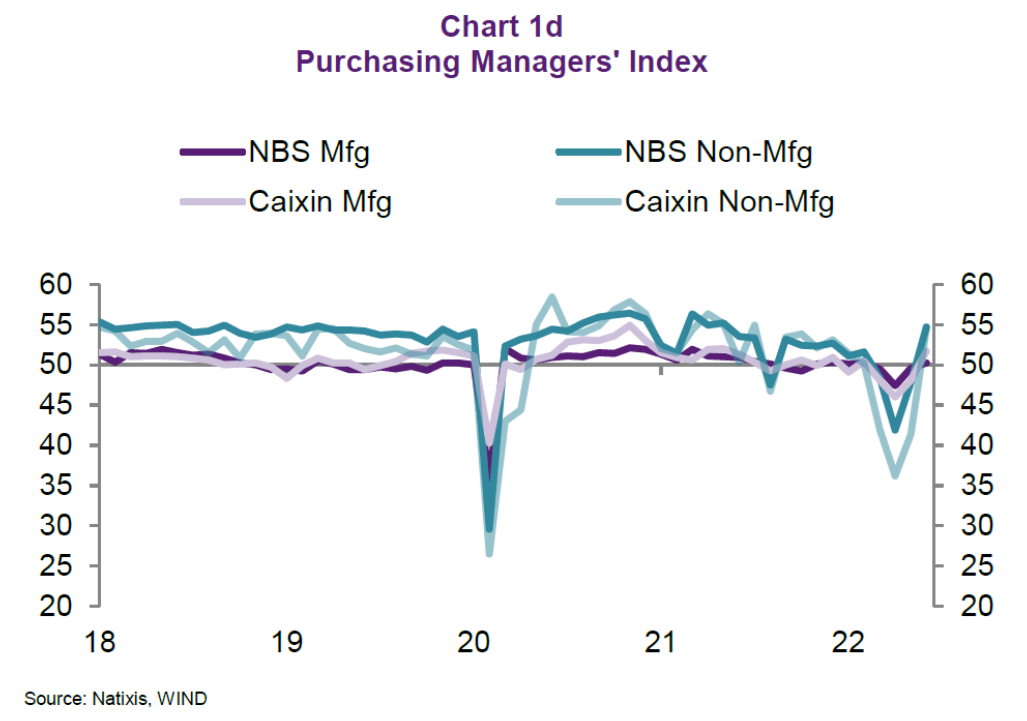 The news regarding the challenges for Chinese growth has obvious implications for the global economy. From Reuters:

Friday’s frail data adds to fears of a global recession as policymakers jack up interest rates to curb soaring inflation, heaping more hardship on consumers and businesses worldwide as they grapple with challenges from the Ukraine war and supply chain disruptions.