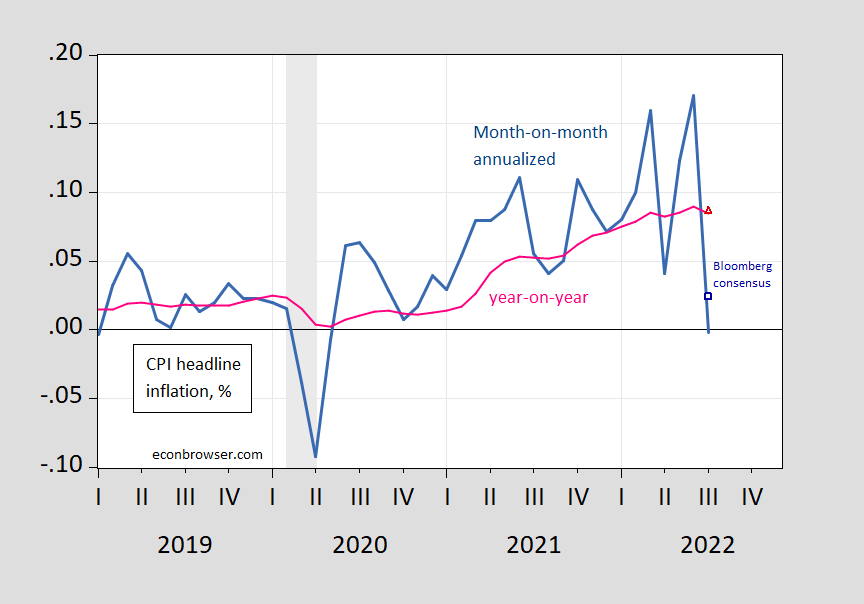 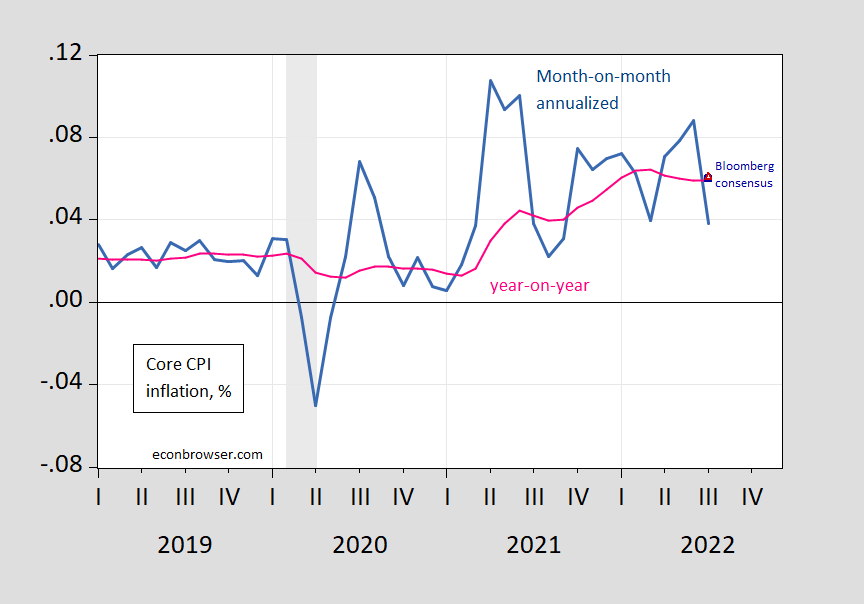 The realized values of inflation — both core and headline — were below the Cleveland Fed’s nowcasts. 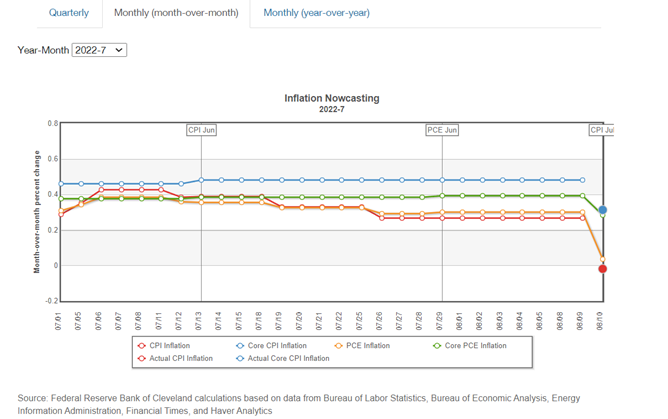 Bloomberg notes the drop in headline driven by gasoline. More discussion at CEA.