“This installment of the FTxIGM US Macroeconomists Survey discusses the likelihood of the Fed raising and sustaining a higher interest rate.  It also examines the the possibility of a recession to occur earlier than expected.”

The modal response for US recession start is 2023Q1-Q2. Only 14% believe that a recession has already started or will begin by 2022Q4. 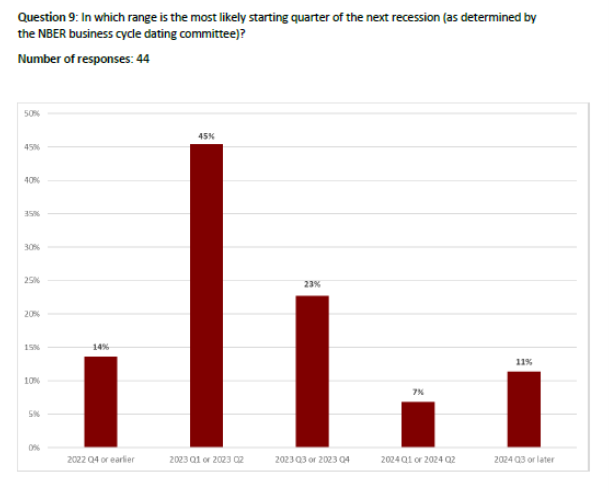 In contrast, the modal response for the Euro area is for a recession to start by year’s end. 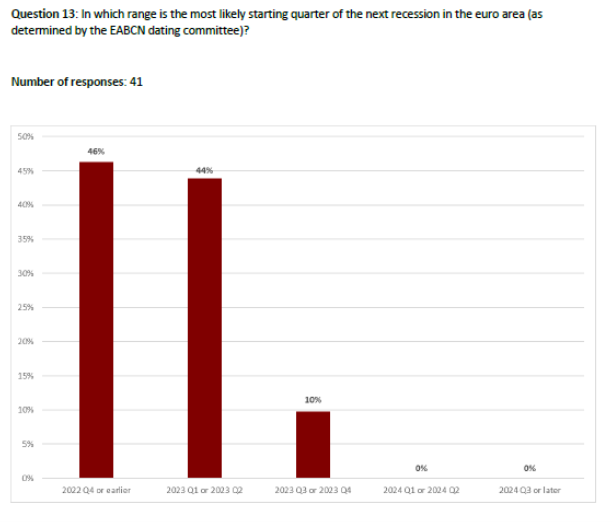 143 thoughts on “Recession on the Horizon?”