I never thought an advanced economy government could pursue stupider policies than that implemented under the Trump administration. Consider me corrected on this point – case in point, the United Kingdom in 2022. 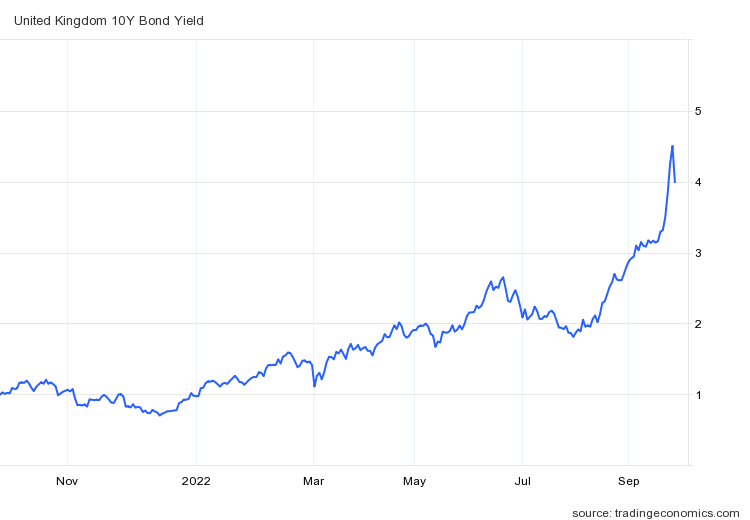 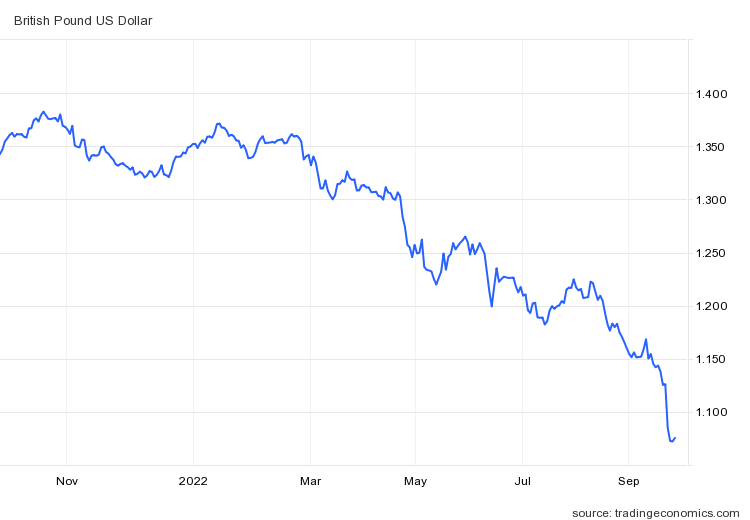 “We are closely monitoring recent economic developments in the UK and are engaged with the authorities,” an IMF spokesperson said, in response to a query from Reuters after the British pound hit an all-time low amid spiking market concerns.

“Given elevated inflation pressures in many countries, including the UK, we do not recommend large and untargeted fiscal packages at this juncture, as it is important that fiscal policy does not work at cross purposes to monetary policy,” the spokesperson said in the IMF’s first public reaction.

I do see a lot of comparison of the UK to an emerging market economy. For many reasons, this is not an apt comparison.

On the other hand, there is no doubt that lack of confidence in the ability of the government to stabilize the economy and hence the debt-to-GDP ratio raises premia on government debt, and reduces the desirability of pound assets.

Furthermore, a sharp depreciation in the currency will lead to inflationary pressures. Here, the trade weighted value of the pound is more relevant than the USD/GBP rate.

The trade-weighted drop over the past week is about 3% (compared to 4.3% on USD/GBP). On the other hand, even on this trade weighted basis, the pound has dropped 8% since July 7th, when Boris Johnson announced his resignation. Given exchange rate pass through to CPI of about 0.13 (from Forbes, et al. JIE 2018), we get a cumulative bump up in the level of the CPI of 1%.

More on the macro environment, pre-crisis, see this post. OECD had already downgraded the UK outlook for 2022 even before these events (the release of the September Interim Outlook on 26 September incorporates forecasts locked down weeks before). From the June release, 2022 y/y growth was shaved by 0.2 ppts, while 2023 projected growth remained set at 0%.

Deutsche Bank provides some graphical insights into why the Chancellor’s “mini-budget” was anything but “mini” in impact.

Debt to GDP rises relative to OBR projection by about 7 percentage points of GDP, according to DB. If the economy tanks, then revenue falls relative to projection, etc., etc., and debt to GDP might do something else.

I think I’ve seen this story (“supply side miracle”, etc.) before. Oh, yes, I think I wrote about it in my first undergrad econ term paper…