In some ways, policy uncertainty — at least as measured using text — is not as bad as I would’ve thought. Here’s the Baker-Bloom-Davis index: 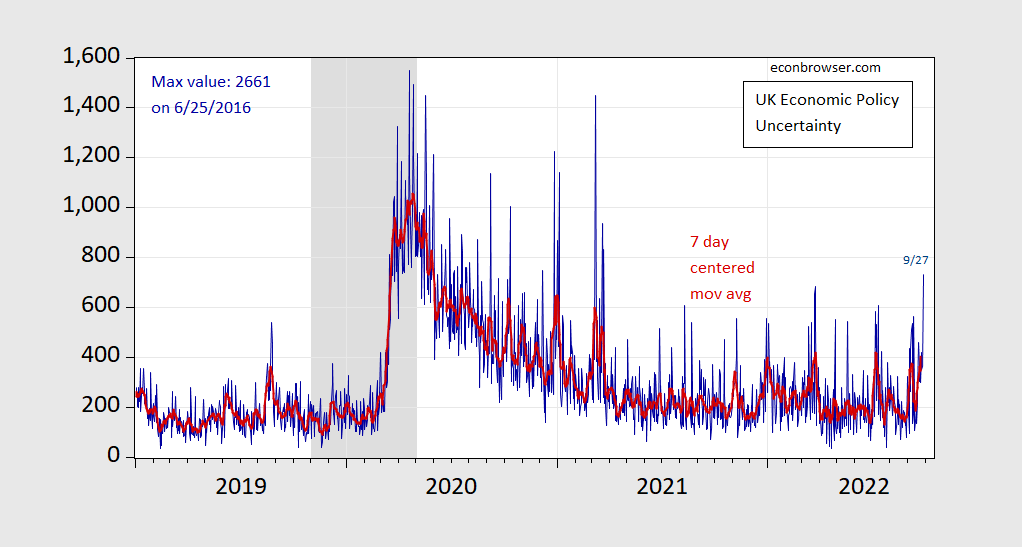 The 9/27 value of 732 is way below the Brexit referendum value of 2661. On the other hand…tomorrow is another day!