From JohnH on 9/2/2022, in response to anonymous’s query: “how’s the crossing of the dneipr and reconquesta of kherson going?”

It’s a stealth counteroffensive! Nothing in the US media…a sea change from the heretofore triumphalist “Ukraine is Winning” narrative.

But there is plenty in the Russian media: “Ukraine suffers heavy losses in failed offensive – Moscow”
https://www.rt.com/news/561971-ukraine-offensive-casualties-report/

Gotta keep sifting and winnowing to find the truth…

Here’s the situation on the ground as of 9/29, according to ISW (light blue shading denotes areas retaken by Ukrainian forces since 9/2): 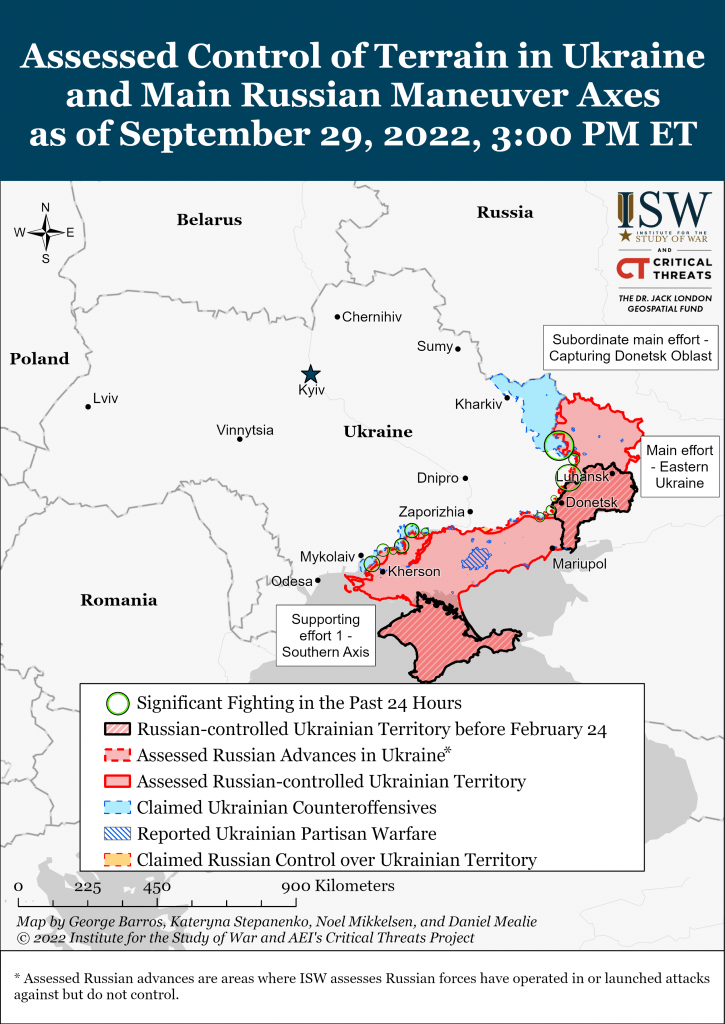 Ukrainian forces seem to be about to close another trap around Russian forces in Lyman: 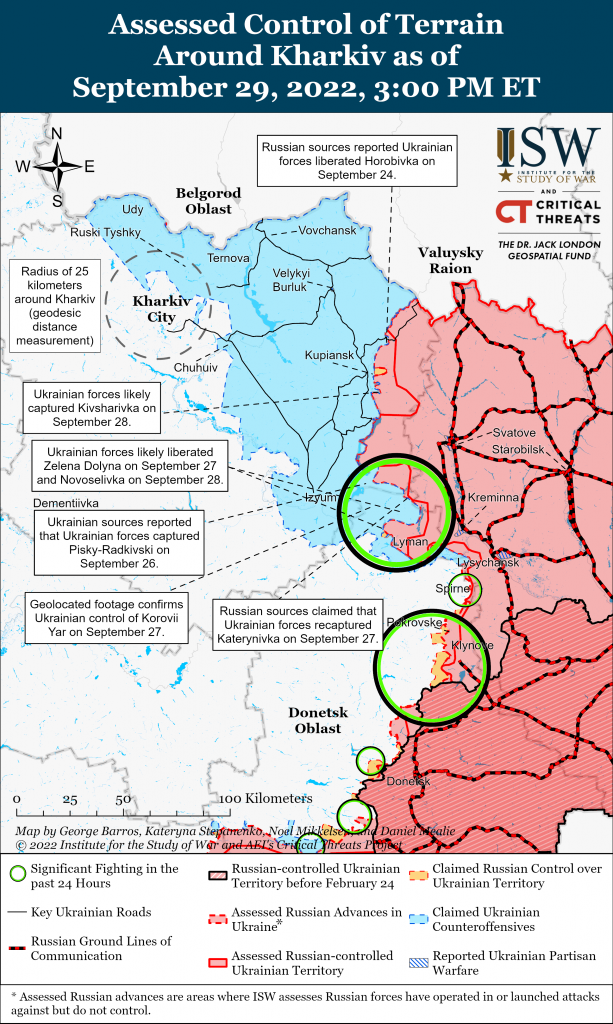 I will let readers answer for themselves the question JohnH posed on 9/2: “How is that trap working out?” (that is feinting an attack in the south to draw troops away from the Kharkiv area).