Here are data over the past week for China and HK stock markets and the CNY: 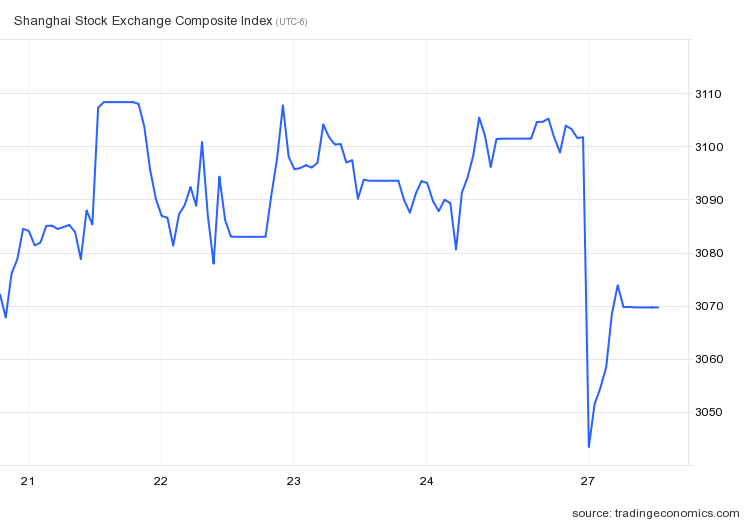 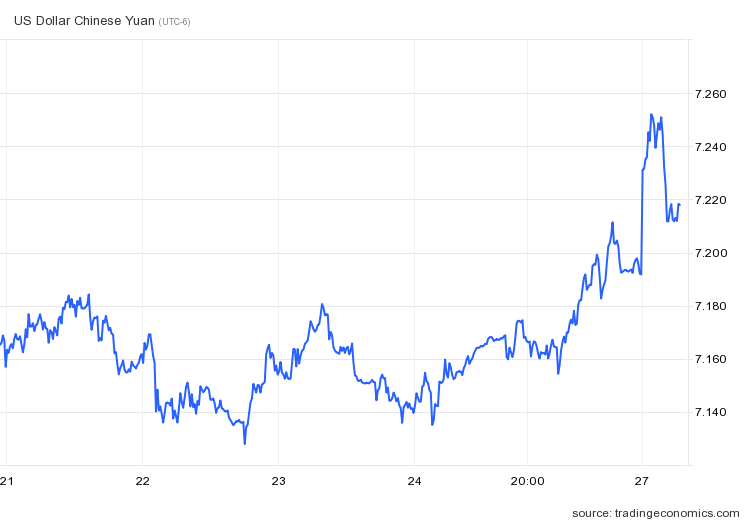 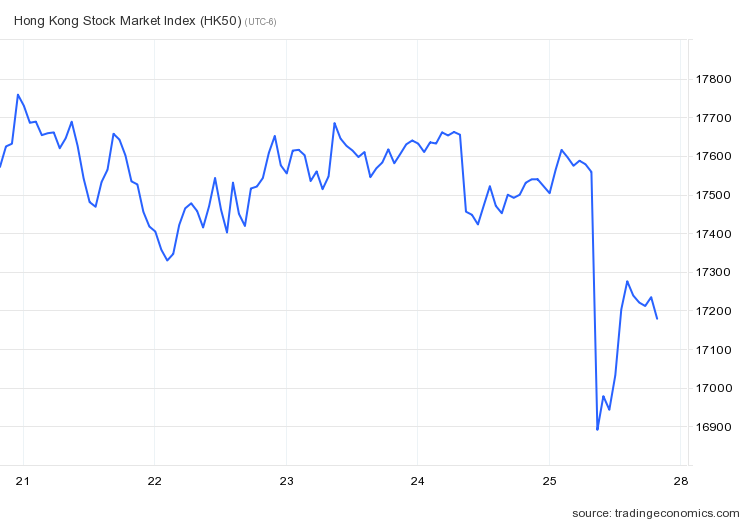