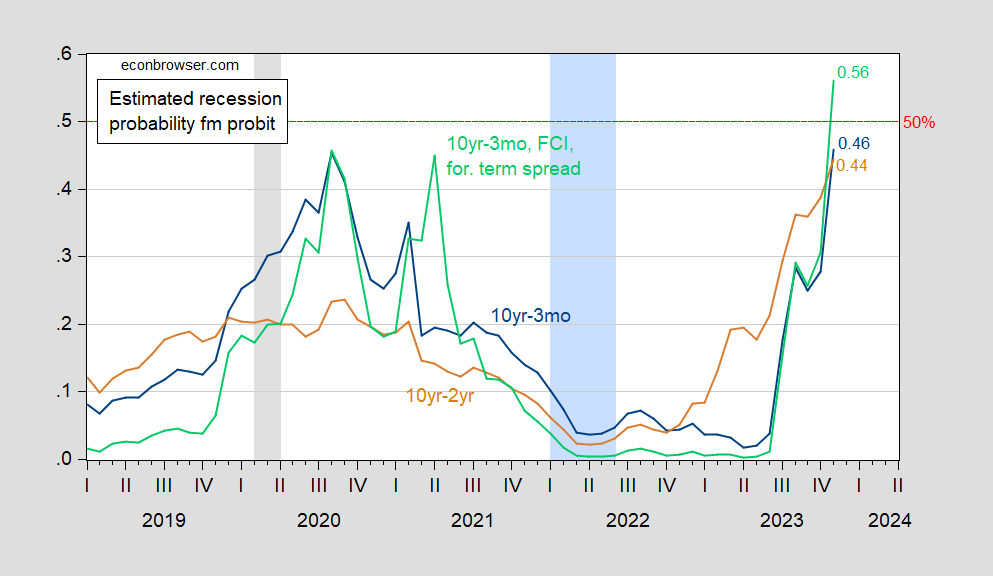 Description of the probit models are contained in this post. Note the low estimated probabilities for recession ascribed to the period of 2022H1, which runs counter to the assertion of reader Steven Kopits. A recession sometime in 2023H2 is, on the other hand, not implausible.