Yesterday’s Bloomberg article “Fed Staff Sees a 50-50 Chance of Recession” spurred me to examine the implications of the latest readings on term spreads. Figure 1 depicts the recession probabilities estimated using a simple probit model based on the 10yr-3mo and 10yr-2yr spreads, through November 23rd. 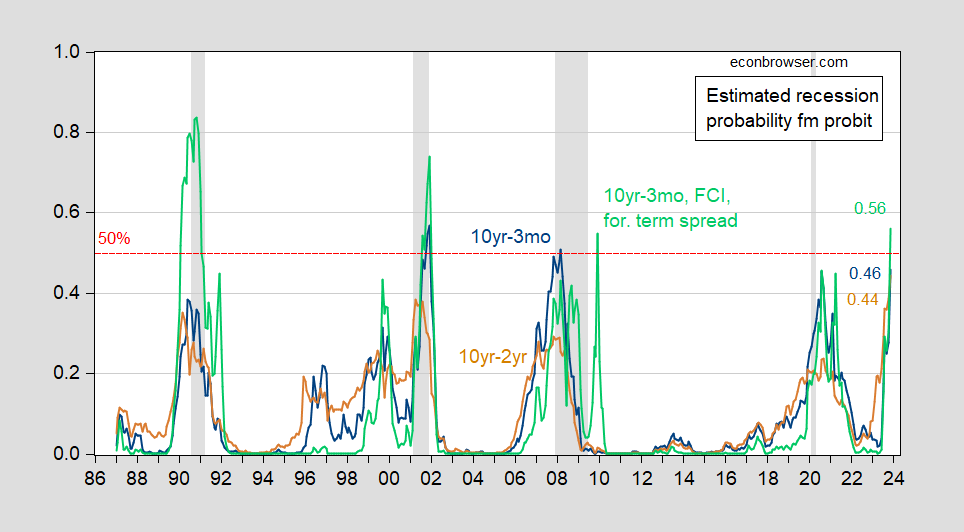 While neither the 10yr-3mo and 10yr-2yr models breach the 50% threshold, they are sufficiently close to merit a 50-50 reading.

In work by Ahmed and Chinn (2022), it’s shown that the foreign term spreads and financial conditions index have additional predictive power for US recessions (see Table A.1). I augment the 10yr-3mo spread with the average of German-Euro Area/UK/Japan 10yr-3mo spreads, and the national financial conditions index, to obtain the estimated probabilities of recession shown in the green line in Figure 1. The reading for November 2023 is 56%.

All these estimates are based upon the following term spreads: