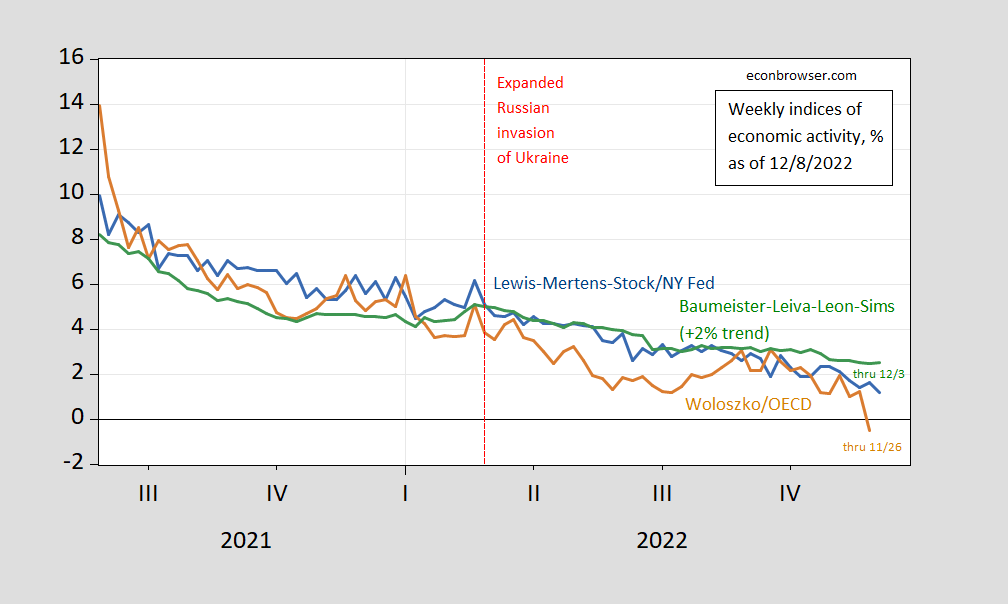 The deceleration has been pretty consistent over time, and across indicators. The OECD Weekly Tracker, which shows a marked decline, is only available through 11/26. This series — based upon a big data approach — shows substantial variation over time, in my experience. Helpfully, they provide a 95% high/low numbers. In Figure 2, I plot this for the latest vintage, along with select previous vintages. 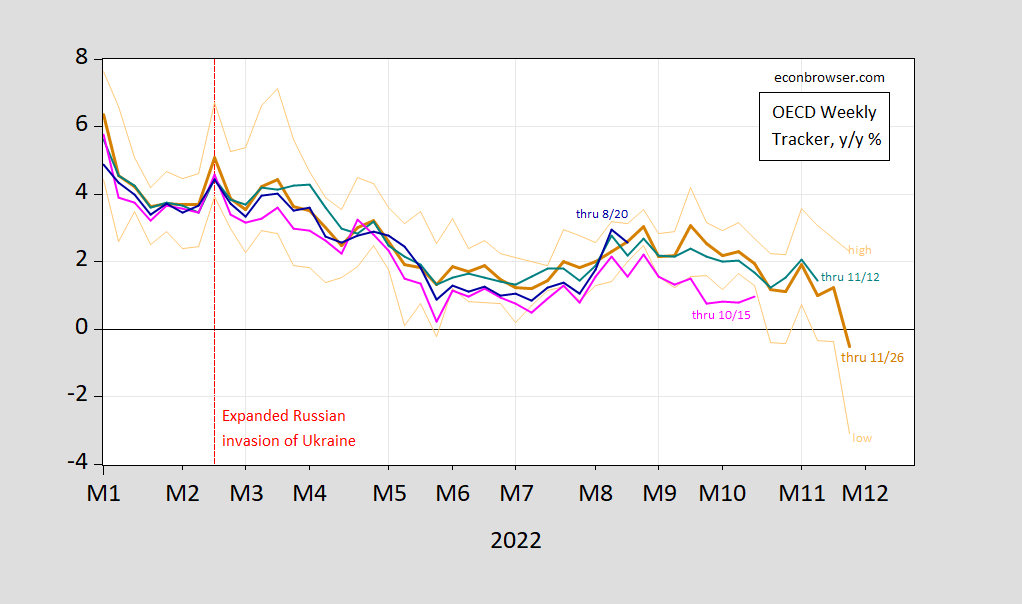 Given these data, I’d want to wait before claiming negative y/y growth. However, what is clear is the US economy’s growth rate is decelerating on a year-on-year basis.