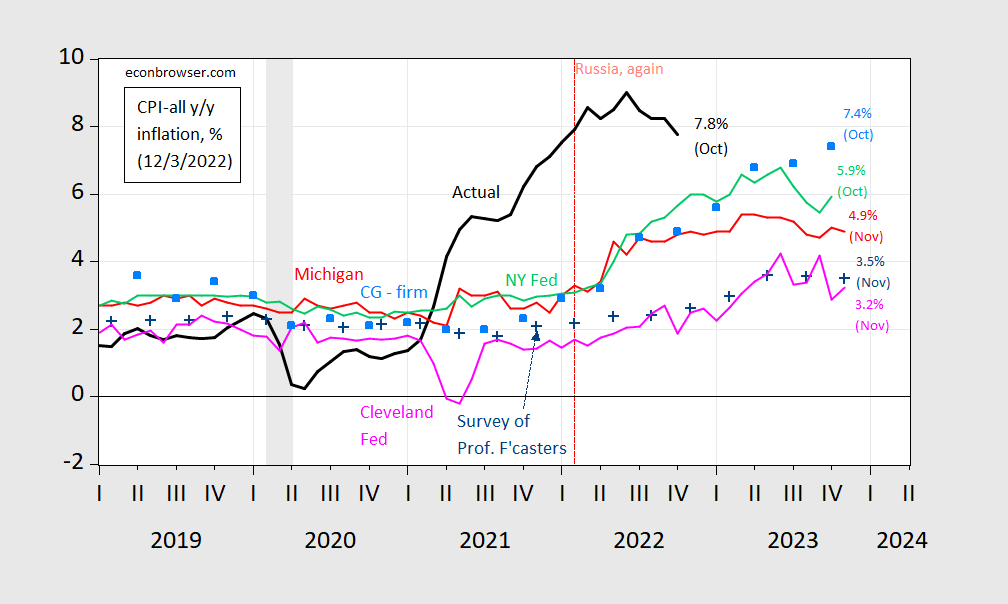 What is interesting is how household survey based expectations have diverged in recent months from gasoline prices. Over the 2019-2022 period, each ppt of y/y gas price inflation is associated with about 0.3 ppts of headline CPI inflation. 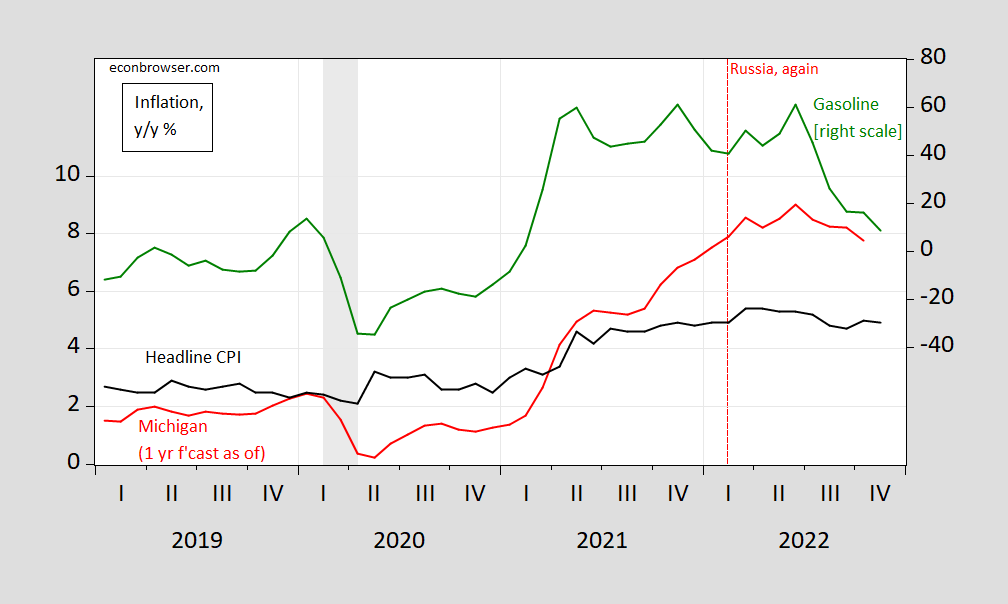 On this basis, I would have expected more of a decline in the Michigan number. Of course, a lot of other things go into expectations (as well as overall CPI inflation), so I leave this as an open question.

Market based (Treasury-TIPS spread) based expectations for five year horizon: 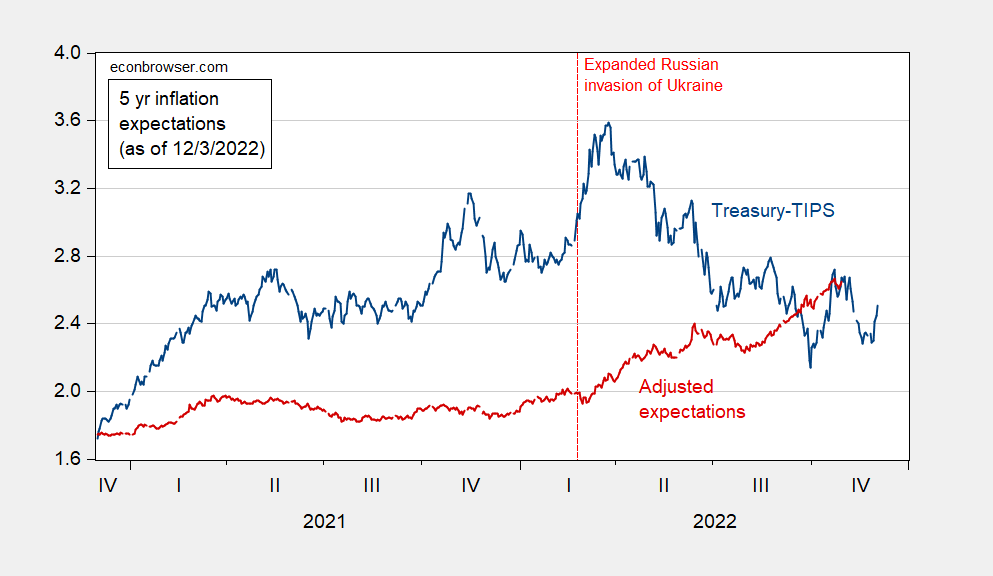 25 thoughts on “Short Horizon Inflation Expectations – Survey and Market Based”