Mortgage and credit card debt today are lower than they were before the Great Recession. But the dollar value of outstanding student loans has surged, growing from 4% of GDP in 2007 to over 7% today. 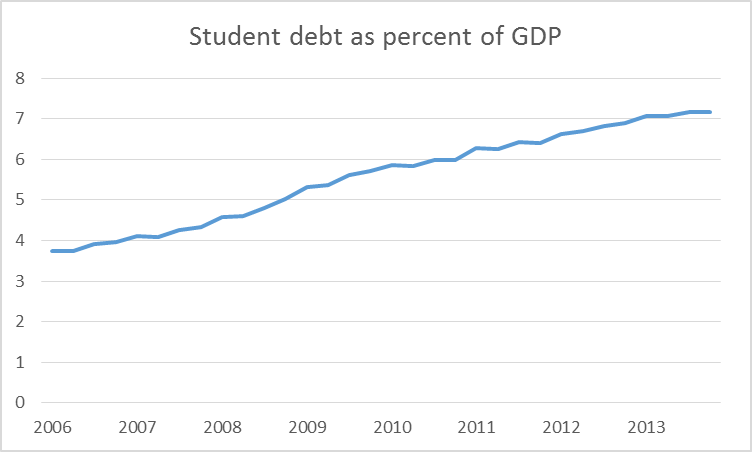 The facilitator has been the U.S. government. The U.S. Treasury earmarks part of its regular borrowing from the public for purposes of raising funds for the Department of Education, which in turn loans the funds to students. Growth in Treasury borrowing on behalf of the Education Department accounts for more than all of the increase in outstanding student debt. 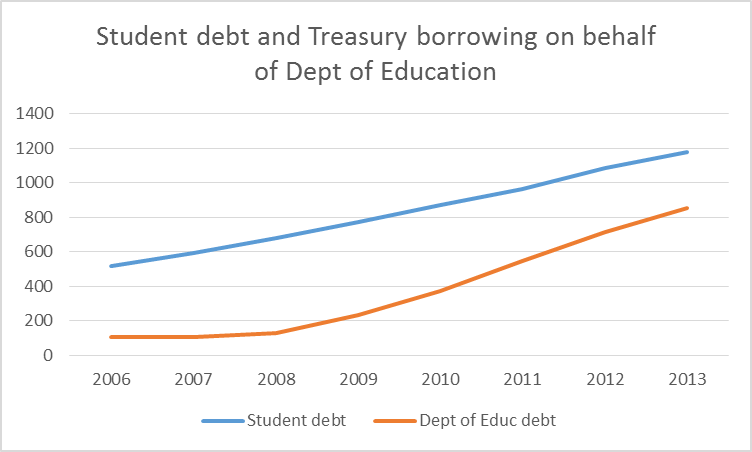 Student debt (in blue, from Flow of Funds, Table L122) and borrowing by the Department of Education from the U.S. Treasury (tan), in billions of dollars as of the end of indicated fiscal year. Latter figures come from Hamilton (2013) with 2013 datum taken from Note 10 of Federal Student Aid 2013 Annual Report. 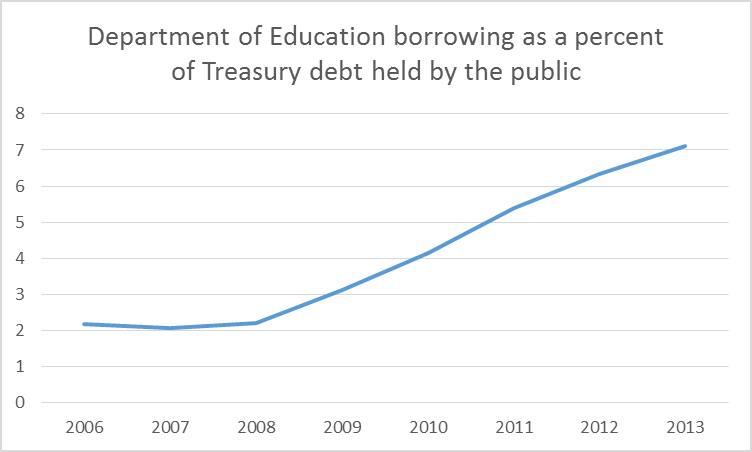 Department of Education borrowing as a percent of total Treasury debt held by the public as of the end of indicated fiscal year. Latter figures taken from Congressional Budget Office and December 2013 issue of Treasury Bulletin.

Student debt is also the fastest growing source of problem debt, with the highest delinquency rates of any form of household debt. 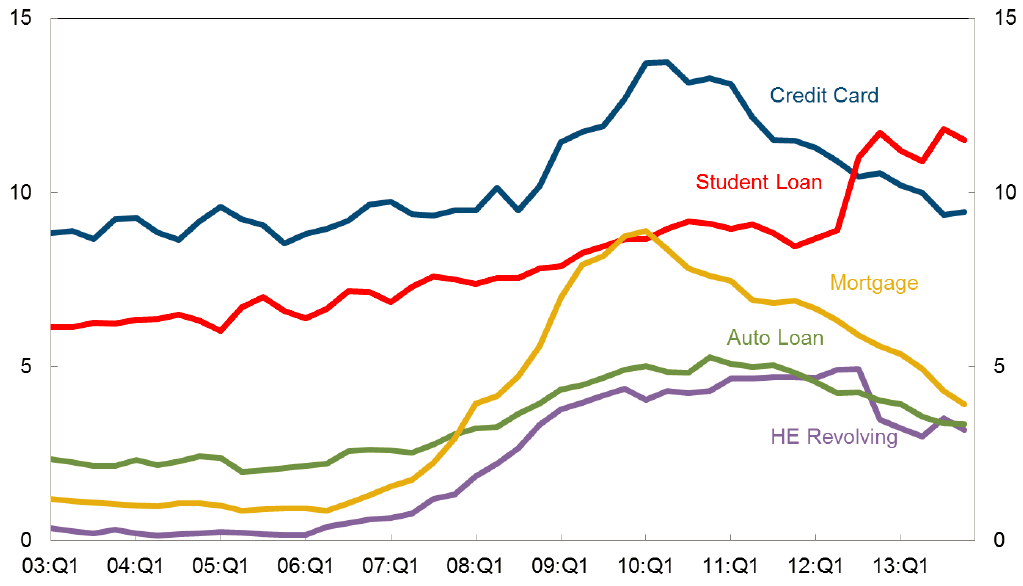 Students were told that borrowing for their education was a way to get ahead, but now find themselves with high debt loads and no good job. Others have been using student loans as a way to get immediate cash with poor prospects for ever getting themselves out of debt. The core problem appears to come from for-profit colleges. These account for 13% of students in higher education but nearly a third of all student loans and half of all defaults.

The White House is finally beginning to address the problem. The Education Department announced on Friday a plan to deny federal loans to students at institutions for which the default rates exceed 30%. Sounds reasonable to me. But the Wall Street Journal reports this response to the proposal:

Steve Gunderson, head of the Association of Private Sector Colleges and Universities, the industry’s main trade group, called the latest approach plan an “ideological attack on the private sector’s role in preparing students in today’s workplace.” The group says many programs could be forced to close under the proposal because federal loans are their main source of funding. That, in turn, would cut off college access to many low-income and minority students, the schools contend. They add that many four-year public universities would fail the administration’s proposed standards if it applied to them.

Higher education should open up doors of opportunity, but students in these low-performing programs often end up worse off than before they enrolled: saddled by debt and with few– if any– options for a career. The proposed regulations address growing concerns about unaffordable levels of loan debt for students enrolled in these programs by targeting the lowest-performing programs, while shining a light on best practices and giving all programs an opportunity to improve.

I think the measures announced on Friday are long overdue.